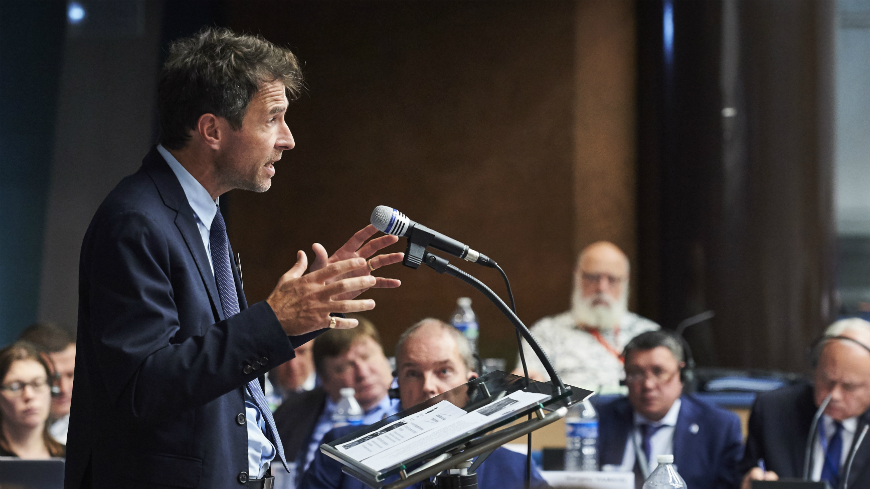 Held on 6 November 2018, as part of the 35th Session of the Chamber of Regions the Chamber of Regions a debate on the theme of “Territorial solidarity: regional self-government or regional selfish government”, which focused on cohesion between regions within states and at the European level. Introducing the discussions, the Chamber President, Gunn Marit HELGESEN (Norway, EPP/CCE), underlined the importance of fair burden sharing between regions so as not to breed the separatism which could result from failure to comply with that principle.

The General Rapporteur on Local and Regional Authorities of the Committee on Social Affairs, Health and Sustainable Development of the Parliamentary Assembly of the Council of Europe, Jean-Pierre GRIN (Switzerland, ALDE), referred to the Assembly’s various resolutions and reports promoting the principle of regional self-government. He stressed the advantages of decentralised policies, in particular in terms of closeness to citizens, standards of public services and public accountability. Quoting the example of Switzerland with its three tiers of government – the state, cantons and municipalities – he emphasised that financial solidarity between the various regions contributed to the country’s democratic security. Nevertheless, the balance between regions should not be achieved by “impoverishing some of them for the benefit of others”, he said, while adding that in today’s world “it is in our interest to share our wealth rather than add to the misfortune of others”.

The Director of Research at the National Centre for Scientific Research (CNRS) and Sciences Po Rennes (France), Romain PASQUIER, clarified the concept of territorial solidarity, based on balanced economic development and designed to reduce disparities in wealth between regions. After playing a key role until the 1980s, states were now finding it difficult, in his view, to continue with this task. This was compounding the divides between the central and peripheral regions of states, which was a trend that could be seen throughout Europe.

In addition, the action of states was now limited by economic difficulties and also by the increasing role of the European Union on the one hand and by decentralisation on the other. In order to tackle these new challenges, he believed that it was important to promote new methods of “territorial justice”. It was therefore necessary to redefine the core sovereign powers of states by strengthening their role in areas such as security and financial equalisation, while at the same time expanding the role of regional and local authorities in grassroots policies such as transport, education and the environment. Lastly, states should not oppose regional identities but rather should take advantage of them to foster development. All levels of government should learn to “conduct experiments and innovate to ensure territorial solidarity”.

New balances between regions were, in fact, one of the key aspects of the financial and fiscal reforms carried out in Germany in recent years, according to Thomas Mütze, former Green Member of the Bavarian Parliament (Germany). He explained in detail how Germany had altered its mechanisms for interregional solidarity with a view to preventing the Länder in the South, in particular Bavaria, from having to pay contributions that they perceive as excessive amounts to the “new Länder” in the East, which were much less wealthy. The reform currently being introduced would end direct payments between regions; instead, the redistribution of turnover tax collected at regional level would be altered according to specific apportionment criteria. In his view, that should continue to make it possible to harmonise levels of development without discouraging the wealthiest regions from participating in a solidarity mechanism into line without impoverishing the best-off regions for the benefit of the others.

At the close of the debate, a youth delegate from Slovakia stressed the importance of upholding the values of solidarity and human rights throughout Europe.