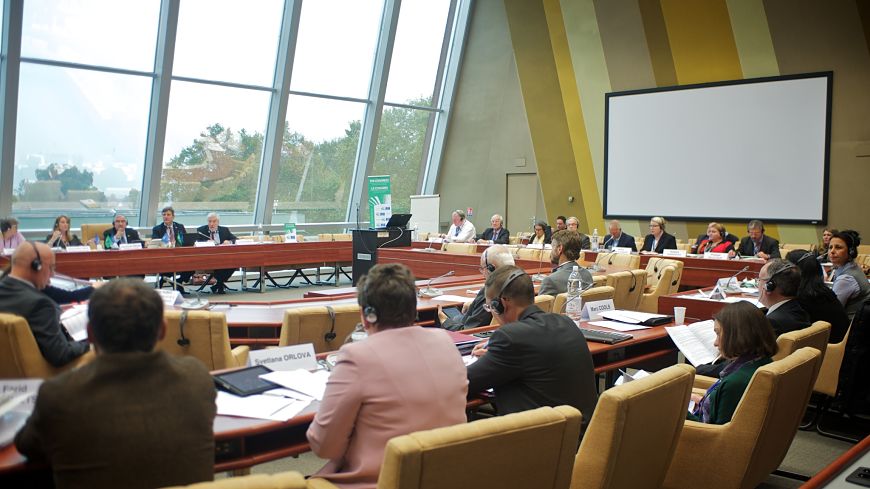 The Current Affairs Committee met on Tuesday 20 October 2015, in Strasbourg, during the 29th Session of the Congress. Sabine van Dooren (Belgium, ILDG), deputy mayor of Kapellen, was elected as the committee’s 5th Vice-Chair. The agenda items included a debate on begging in urban areas and cooperation with the countries of origin, with a statement by Barbara Sieberth, representative of the regional assembly of Salzburg (Austria). The committee also discussed the preparation of a “pedagogical toolkit' for use by local elected representatives when organising intercultural and inter-faith activities, Roma inclusion and the “Pact of Towns and Regions to Stop Sexual Violence against Children”, launched by the Congress. Andreas Kiefer, Secretary General of the Congress, asked members to give their opinion on the priorities of the Congress for 2017-2020, in particular the issues of citizen participation at local level, the fight against radicalisation, the promotion of intercultural and inter-faith dialogue, the reception and integration of refugees and migrants, and minority rights and protection. He also urged committee members to participate in the conference “Towards an Alliance of European Cities against Extremist Violence” jointly organised by the Congress and the European Forum for Urban Security (EFUS), in partnership with the cities of Aarhus (Denmark) and Rotterdam (Netherlands), which will be held in Aarhus on 18 November 2015.
2015-10-21T02:04:00