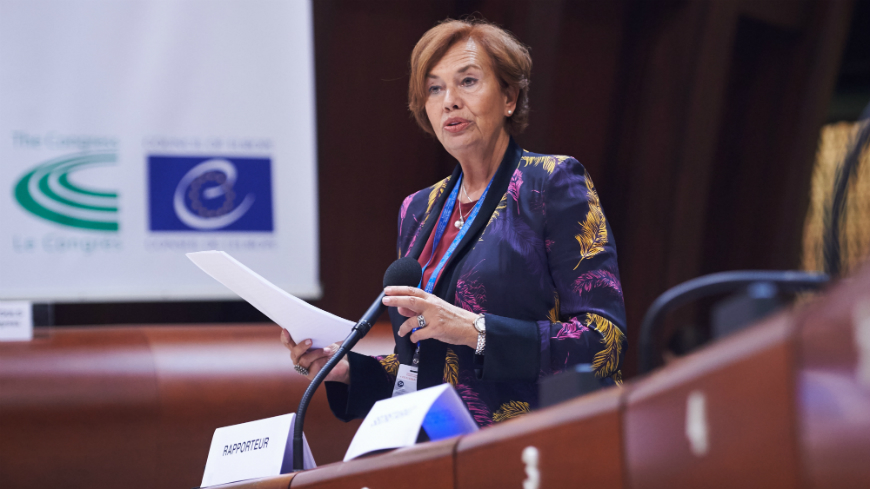 “European Local Democracy Week is very important for citizens and their elected representatives, it contributes to democratic education and is a valuable tool for strengthening local democracy,” said Gaye DOGANOGLU (Turkey, EPP/CCE), Congress spokesperson on European Local Democracy Week (ELDW), presenting a report on developments in the scheme at the 35th session of the Congress.

European Local Democracy Week (ELDW) was launched in 2007 by the Congress of Local and Regional Authorities. Its aim is to foster dialogue between citizens and local elected representatives at public events and debates on the challenges facing local government in terms of its functioning.

“For more than 10 years now, over a thousand local authorities have been organising public activities to promote dialogue with members of the local community and include them in the decision-making process, thereby improving local democracy,” pointed out Gaye DOGANOGLU.

The resolution presented to Congress members is the result of the work carried out by a Reflection Group and centres around three main objectives: to allow for more flexibility in terms of how the Week is organised, to better reward initiatives, and to create a network for sharing good practice, in order to extend the reach of ELDW.

Participants are now invited to organise events all year round, culminating in a flagship event in the week of 15 October, the anniversary of the opening for signature of the European Charter of Local Self-Government. In an effort to broaden the scope and perspective of the scheme, European municipalities are invited to nominate a prominent figure with local influence as the “Voice of ELDW” whose role will be to promote the initiative, and to make it more inclusive, not least by reaching out to young people. To this end, the Congress’s youth delegates are invited to participate in the activities taking place in their own municipalities.