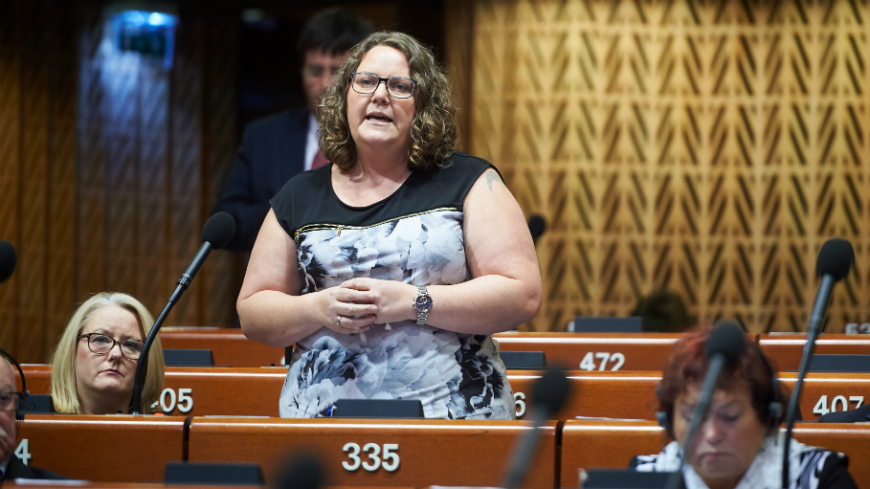 The right of local authorities to adequate financial resources of their own commensurate with their responsibilities is vital for ensuring local self-government. On the basis of this principle enshrined in Article 9 of the European Charter of Local Self-Government, the members of the Congress of Local and Regional Authorities of the Council of Europe adopted the report, “Coping with the debt burden: local authorities in financial difficulty”, in Strasbourg (France) on 8 November 2018.

“We have seen some progress”, said rapporteur Heather MCVEY (United Kingdom, SOC). “Thus, member states have introduced new mechanisms to improve local government financial management.” she added. “ However, several states do not yet implement the Article 9. There are major differences in local governments’ share in overall public spending, which can vary from under 1% to over 15% of GDP. In Scotland, for instance, while the budget has fallen by 0.4% in real terms, the reduction in local authority funding has been up to 10 times larger,” she concluded.

The report also underlines that in many member states local authorities’ fiscal capacity remains very limited and that the principle of adequate municipal resources is often not enshrined in legislation remains difficult to enforce in court proceedings.

The Congress calls on member states to increase their efforts to implement Article 9 of the Charter through dialogue with local authorities and their national associations. It also recommends that they ensure that municipalities have adequate resources for performing their tasks, and guarantee transparency in the methods used for calculating the funding allocated. Local and regional authorities should be consulted and should have freedom to manage their spending and resources.