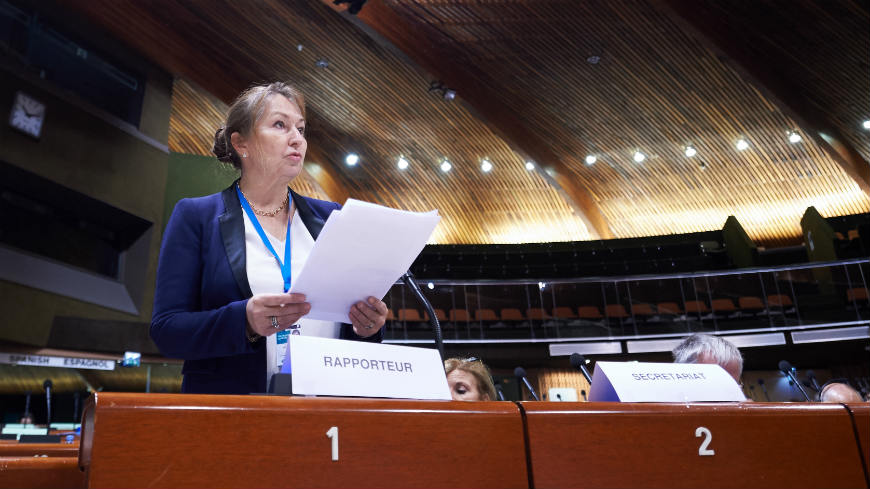 The findings of a Delegation by the Congress of Local and Regional Authorities of the Council of Europe that assessed the early local elections held on 20 May in seven Moldovan municipalities including the two largest cities, Chișinău and Balti, was at the center of a discussion at the 35th Congress Plenary Session in Strasbourg.

Presenting the according Information Report, the Head of Delegation, Gunn-Marit HELGESEN (Norway, EPP/CCE), drew attention to the current challenges for local democracy in the Republic of Moldova, not least against the backdrop of the events further to the suspension of the former Mayor of Chisinau, Dorin Chirtoaca, and a recall referendum that was organised against him in 2017, following different charges on abuse of power.

“Technically speaking, the May local elections were well prepared and administered by an overall experienced electoral staff in the polling stations, despite some procedural inconsistencies, mainly regarding the sealing of the ballot boxes, as well as isolated tensions observed in localities outside Chisinau, on an Election Day that can be described as orderly and calm, by and large”, the Rapporteur stated. She also pointed to reports that the Delegation had received about pressure exerted on local elected representatives using investigations, court proceedings and business influence, mainly to make mayors and councillors change their party affiliation. Moreover, the Congress observers were informed about cases of misuse of administrative resources, campaign financing violations, and the lack of fair access to the media for all the candidates.

The Congress also expressed concern about the decision taken on 19 June 2018 by the Chișinău Court to invalidate the results of the second round of local elections in the capital city. “The cancellation of the election result raised questions about the proportionality and transparency of court decisions in the Republic of Moldova,” said Ms HELGESEN. “This has contributed to further uncertainty and frustration among the population and to the already existing lack of trust in State institutions.”

Following this Assessment Mission and looking ahead to the next local elections due for spring 2019, the Congress Information Report emphasises the need to ensure the fair representation of local populations in elections, to further improve the accuracy of voters’ lists and to better regulate the use of video equipment in polling stations. The Rapporteur called on policy makers in the Republic of Moldova to do their utmost to ensure that the next local elections were fair, transparent and democratic. “Above all, the citizens of Chisinau have the right to a democratically legitimised mayor instead of the untenable succession of acting executives in the City Hall”, Ms HELGESEN concluded.