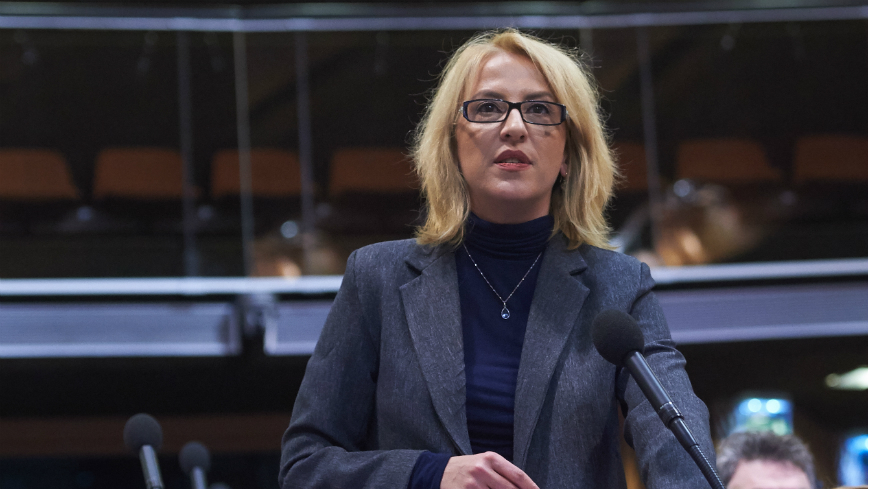 According to a recent report by the Office of the UN High Commissioner for Refugees, migration remains a critical issue for all levels of governance in Council of Europe member states. It was against this background that the Congress of Local and Regional Authorities held a debate on “Border regions facing the migration phenomenon” on 6 November 2018.

“Although it focuses on border regions, this report concerns all regions in Europe,” said Eirini DOUROU (Greece, SOC) when she presented the report. “Solidarity is vital because migration is a process which affects the whole of Europe and can be regarded as an opportunity in the long term,” she added.

The report adopted by the Congress argues for an “integrated approach”, adequately involving different levels of government, NGOs and partners in countries of origin and transit. This approach must take account of burden sharing not only between border and hinterland regions but also between the various countries in Europe. “Whether North, South, East or West, the national or local levels or countries of origin, arrival or transit, all partners must play their part,” she said.

The Congress calls for legal frameworks to be clarified so as to better apportion responsibilities between the different levels of governance. It also calls for networking of stakeholders with a view to sharing good practices that contribute to the reception and integration of migrants and the development of inclusive societies. In addition, the Congress recommends that local and regional authorities introduce policies which provide migrants with better opportunities on the labour market.

Member states are urged to support local and regional authorities by providing adequate financial resources and also by enabling them to access European funding.

Martin GUILLERMO-RAMIREZ, Secretary General of the Association of European Border Regions (AEBR), Laura FERRARA, Vice-Chair of the Committee on Legal Affairs of the European Parliament and Fatma ŞAHİN, Mayor of Gaziantep Metropolitan Municipality and President of the Union of Turkish Municipalities took part in the debate.