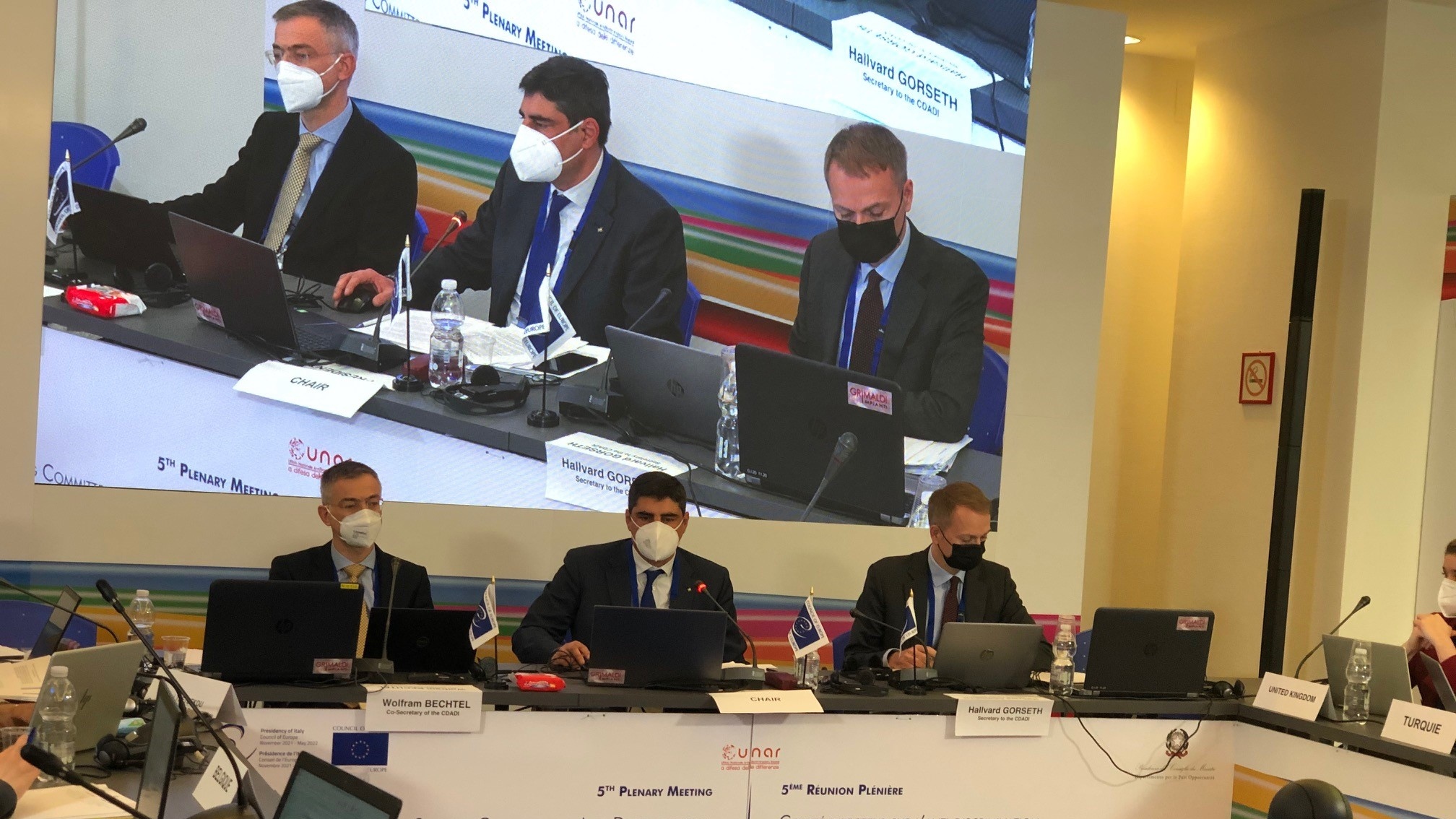 Roma, 17 March 2022 - The Steering Committee on Anti-Discrimination, Diversity and Inclusion (CDADI) refers to the statement of the leaders of the Council of Europe condemning in the strongest possible terms the unprovoked aggression of the Russian Federation against Ukraine, an unjustified military attack by one Council of Europe member state against another, and calling on the Russian Federation to stop its aggression, return to the path of diplomacy and fully recommit to European and worldwide values.

Mindful of its task to continuously advise the Committee of Ministers and the Secretary General on priorities in its field of responsibility as outlined in its terms of reference, the CDADI stresses that Council of Europe values and principles are more important than ever and in particular that full use should be made of standards and tools to prevent and combat hate speech, hate crime and discrimination on any ground such as "race", colour, language, religion, nationality, national or ethnic origin, gender identity and sexual orientation.

The CDADI commends the local, regional and national authorities of the member states for the unprecedented efforts that many of them are undertaking to accommodate the extraordinarily high number of refugees resulting from the attack on Ukraine. In this context, it recalls the need to ensure that all those fleeing the war in Ukraine have equal access to protection and assistance, especially those particularly vulnerable to discrimination and hatred. The Committee furthermore underlines the need to implement for all refugees, from the outset, intercultural integration measures such as language learning, schooling, vocational training, recognition of qualifications and sustainable social integration in order to facilitate their inclusion into their new environment.

The CDADI stands ready to give priority to the speedy preparation of the deliverables foreseen in its terms of reference for the implementation of the two Recommendations, in particular the review of promising practices at the national level on combating hate speech, in co-operation with the Steering Committee on Media and Information Society, and the development and implementation of a capacity-building programme and tools for migrant integration.