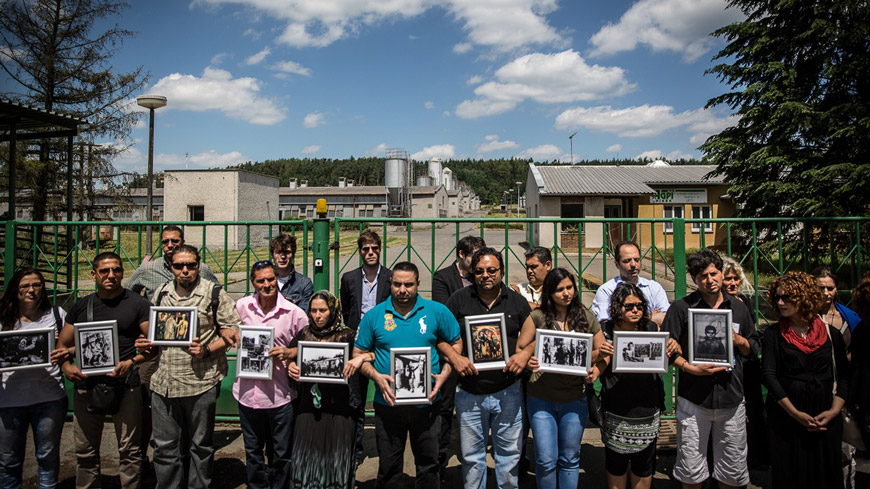 Human rights activits protest in front of the gate of an industrial pig farm in Lety, Czech Republic, which is the former site of a Roma concentration camp – Photo credit: ©Gustav Pursche

I am concerned about the persistent obstacles to removing the pig farm from the site of the former Nazi concentration camp for Roma in Lety u Pisku.

The annual commemoration ceremony to honour the victims who suffered or died in this camp will take place on 13 May.

I have repeatedly urged the Czech authorities to remove the pig farm from the site of the former camp.

Reportedly the negotiations between the government and representatives of the farm owner are due to start this month and the buy-out and removal of the farm are scheduled for June.

I welcome the attention paid to this issue by the Czech authorities and urge them to end the buy-out process as soon as possible and create the conditions for the construction of a long-overdue memorial for the Roma victims, the survivors and their descendants