Round table: A comprehensive approach to combating hate speech in the Republic of Moldova 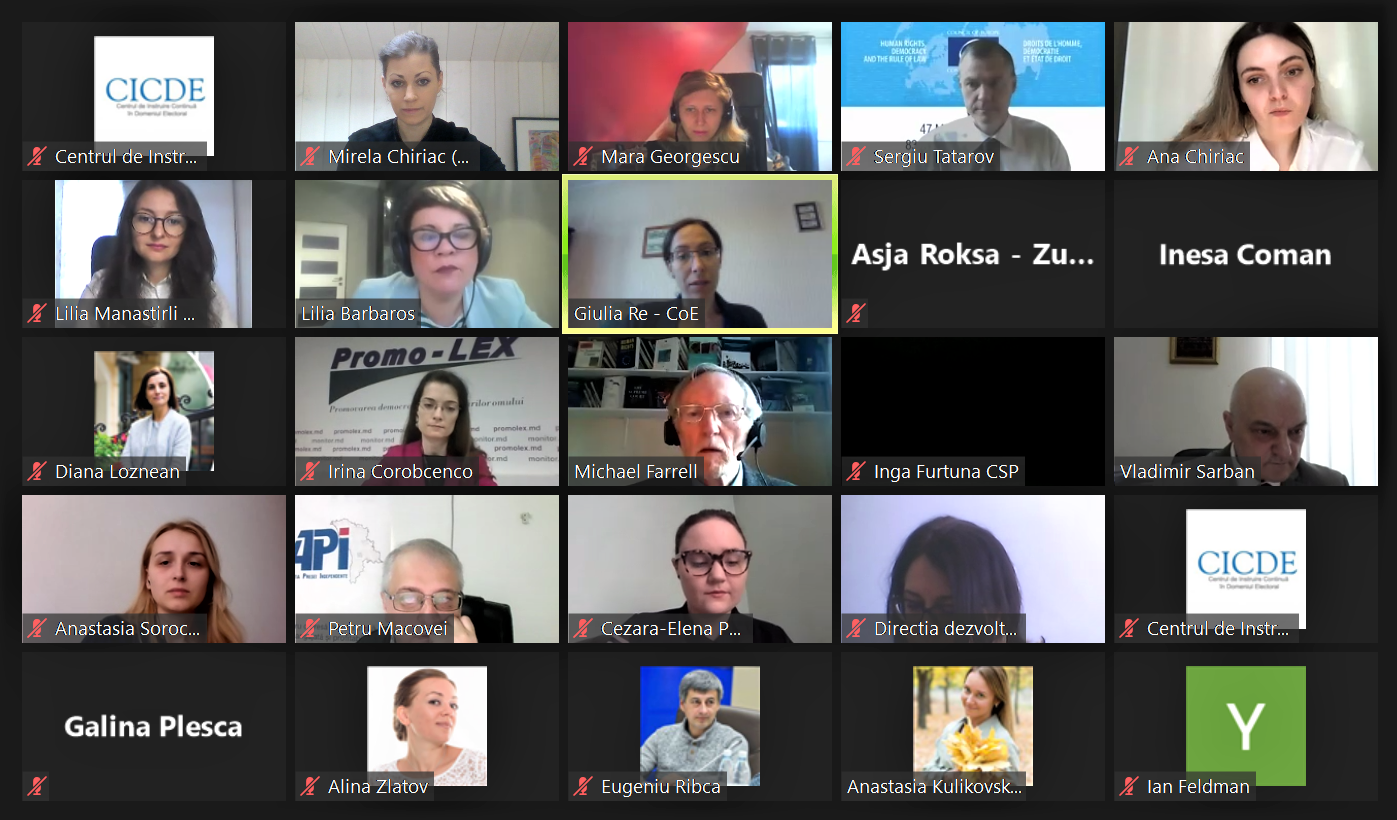 On 11 June 2021, the Council of Europe organised,in cooperation with the Central Electoral Commission of the Republic of Moldova, the Audiovisual Council and the Centre for Continuous Electoral Training an online round table aiming to discuss the application of a comprehensive approach to combating hate speech in the Republic of Moldova, in particular during electoral periods. This event is a joint initiative of several CoE projects, one of which is co-funded by the European Union.

The event provided a common platform of discussions for public institutions, non-governmental organisations, electoral stakeholders including political parties, media stakeholders, anti-discrimination stakeholders and potential voters, who had the possibility to analyse possible responses to hate speech, in particular concerning electoral competitors and the role of mass-media.

Vladimir Sarban, Deputy Chair, Central Electoral Commission of the Republic of Moldova: “The elections must be honest competitions, based on ethics and common decency, without judging the people behind their ideas and without admitting the instigation to hate speech. The correctness of the electoral campaign starts with the behaviour of every actor involved, and in this sense, a key step made by the Central Electoral Commission, was the proposal of a code of conduct to be signed by all the electoral competitors and relevant media, to ensure that hate speech and discrimination will be prevented and combatted accordingly within the on-going electoral campaign for the 11 July 2021 early Parliamentary elections”.

Michael Farrell, Deputy Chair of the European Commission against Racism and Intolerance: “ECRI stands for comprehensive strategies for combatting hate speech, with proactive monitoring mechanisms and proper conviction of hate speech cases. It is important that all the relevant actors and institutions are actively involved in ensuring the prevention and sanctioning of the hate speech, and also, it is of major importance that all the political parties adopt codes of conduct aimed at combatting hate speech”.

In the framework of this event, the Council of Europe launched a systemic mapping report about hate speech in the Republic of Moldova, that is available here.

As an important outcome of the event in view of combating hate speech, the electoral and media actors were invited by the Central Electoral Commission to sign the above-mentioned Code of conduct, that explicitly foresees the obligation not to use hate speech.