Quality of the provision and organisation of health care services (including mental health care) for inmates are further enhanced in line with European standards: developing specialised tools, policies and improving the material medical conditions in prisons. 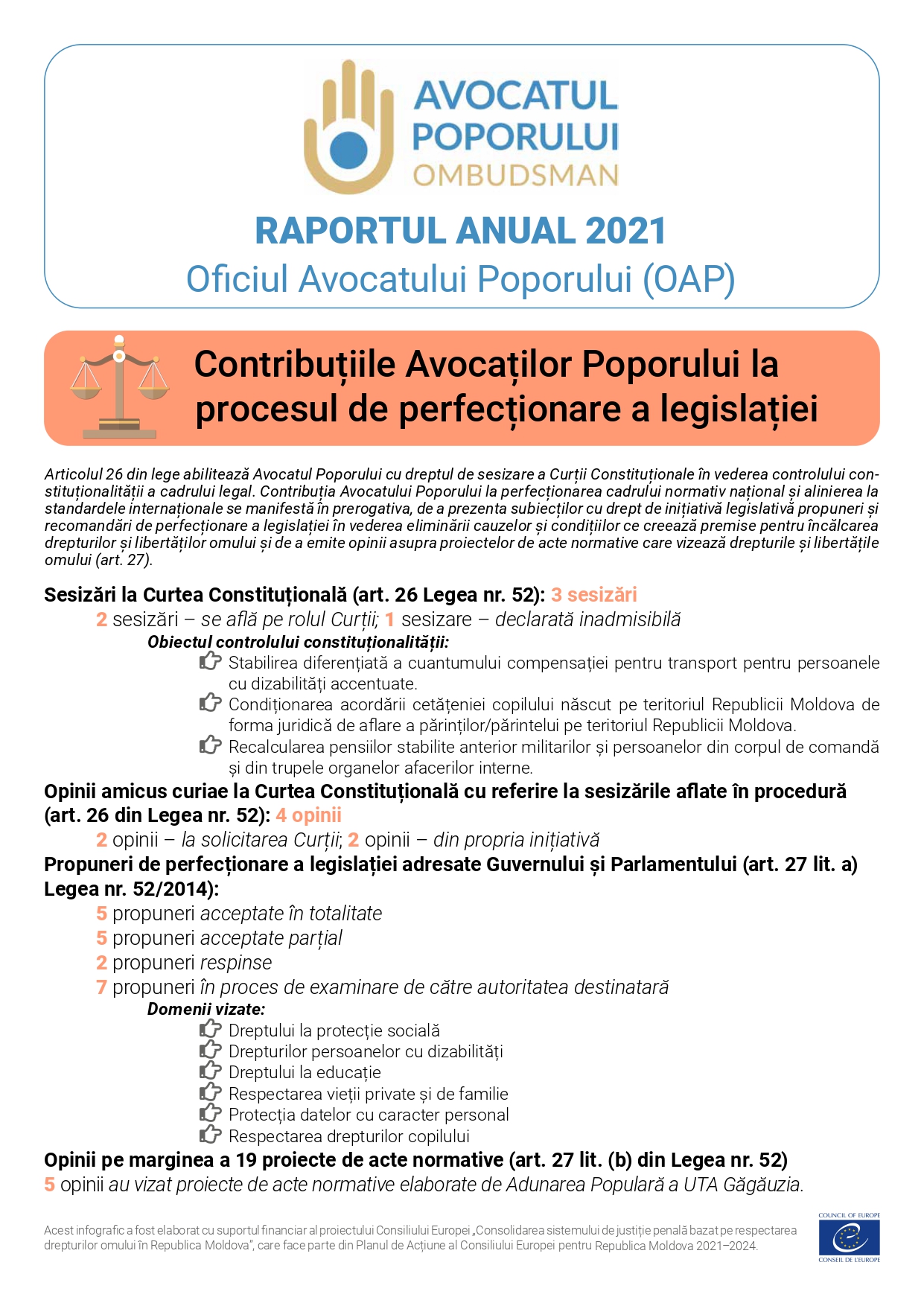 Through the infographics developed with the financial support of the Council of Europe Project Consolidation of the criminal justice system based on respect for human rights in the Republic of Moldova", you can learn about: