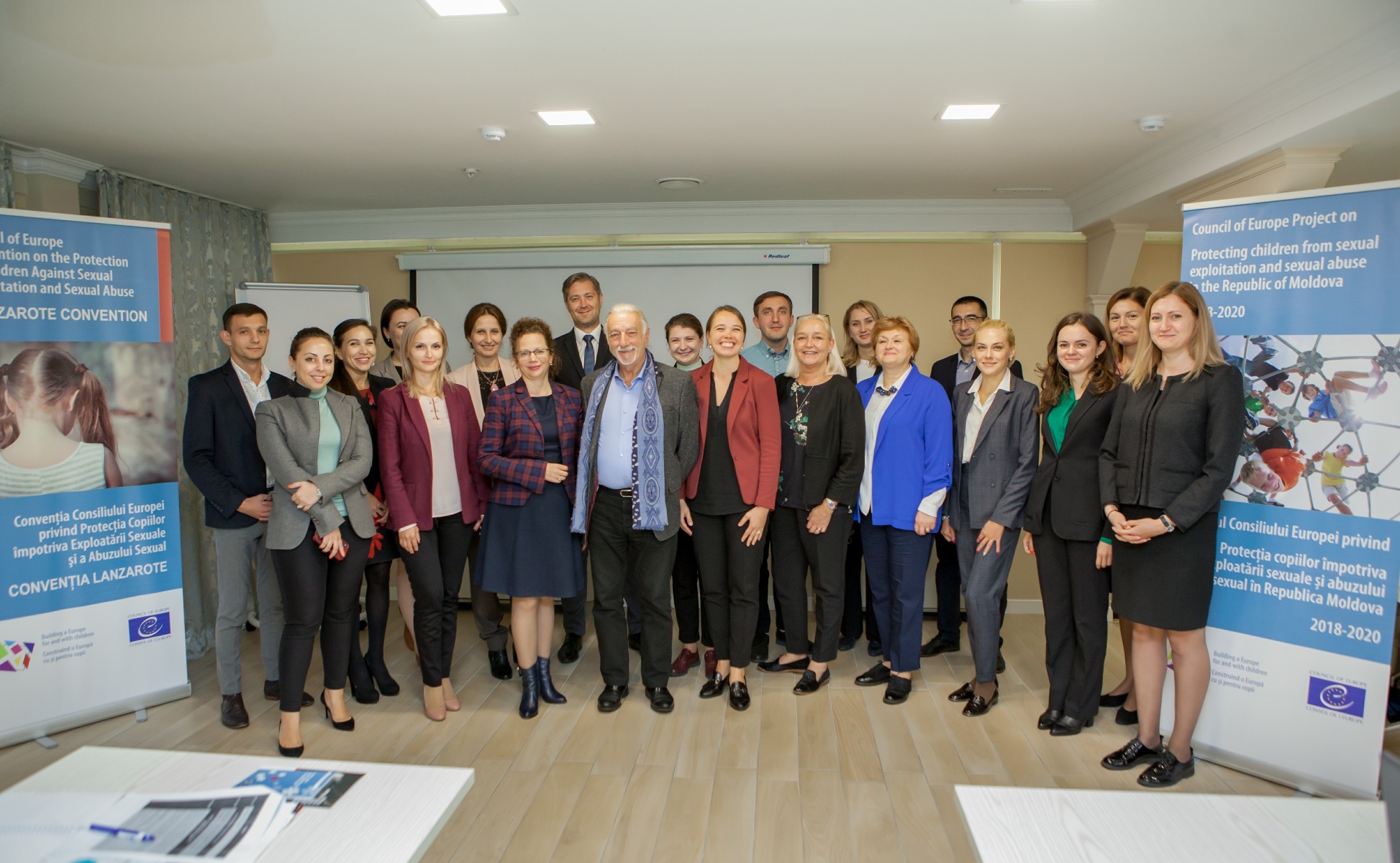 On 4 October, the Council of Europe project on protecting children from sexual exploitation and sexual abuse in the Republic of Moldova organised a workshop to present the conclusions and recommendations of the Mapping study on systemic issues affecting the child protection’s system response to child sexual exploitation and abuse and the effective implementation of the Lanzarote Convention. The study was drafted following a desk study and an on-site research visit to the Republic Moldova organised in May 2019 in order to validate and further explore indicative findings of the desk study.

At the same time, the workshop provided the opportunity for the authorities and stakeholders to voice their feedback to the Study and to further explore how promising practices from other countries could be applied in the Moldovan context.

The project aims at supporting the Republic of Moldova to effectively implement the Council of Europe Convention on the Protection of children against sexual exploitation and sexual abuse (the Lanzarote Convention), strengthen the state response towards child sexual exploitation and sexual abuse and promote child-friendly practices especially for the judiciary.

Council of Europe Office in Chisinau