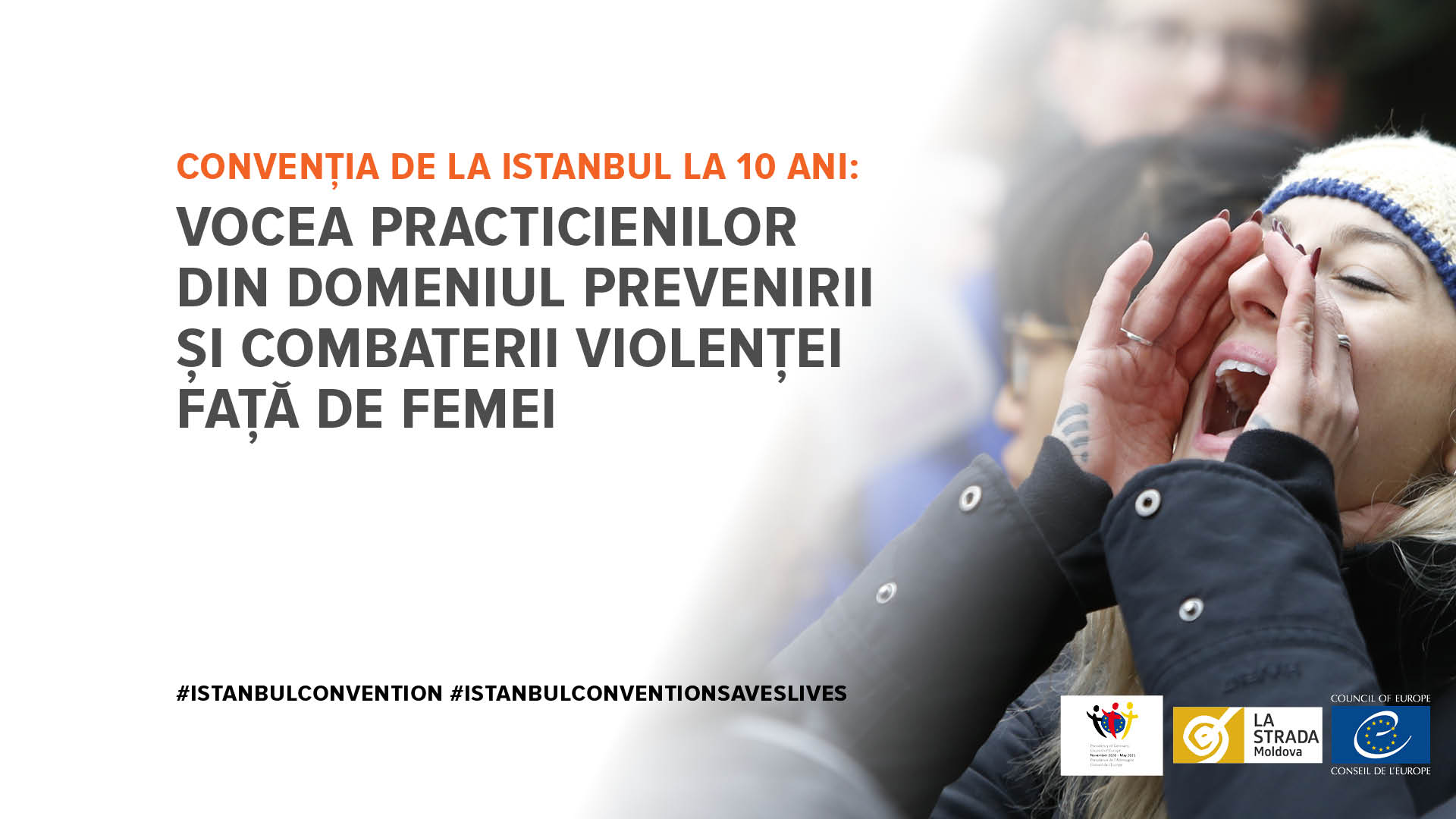 On 11th of May 2021, the Council of Europe, in the framework of the activities carried out under the German Presidency of the Committee of Ministers organised an online event bringing together different perspectives and experiences from a variety of actors fighting violence against women and domestic violence in the Republic of Moldova. The event was held on the occasion of the Istanbul Convention 10th anniversary as a platform to voice opinions and experiences from state institutions and civil society working in Chisinau and in the region.

H.E. Angela Ganninger, Ambassador of Germany to the Republic of Moldova: "The holistic approach makes the Istanbul Convention such an effective tool for protecting women from all forms of violence. The Convention helps practitioners to systematically identify existing problems in their countries and develop integrated solutions. We would encourage states that have not ratified this Convention, including the Republic of Moldova, to do so in the near future. Governments and Parliaments should not be indifferent but show commitment to protecting women from violence and domestic violence”.

Veronica Teleucă, coordinator of the National Coalition "Life without domestic violence", together with the directors of the shelters and centers of assistance for victims of violence in Hâncești, Drochia and Chisinau addressed practical issues, from protection to rehabilitation of victims and survivors and challenges faced by local shelters. Marin Maxian, Deputy Chief of the General Inspectorate of Police together with legal experts, Grigore Moga, national trainer in the field of combating domestic violence, Arina Turcan, Women's Rights Center and Livia Mitrofan, judge at the Chisinau Court discussed prosecution procedures, examination of cases on violence and analyzed the current situation, focusing on restraining orders and the law enforcement perspective.

Mr. William Massolin, Head of the Council of Europe Office in Chisinau: “Today’s event represents an occasion not only to celebrate the 10th anniversary of the Istanbul Convention, but also to hear the voices of the national practitioners working in the area of violence against women, their experiences in interacting with victims and survivors of violence and lessons learned, from the protection to the rehabilitation of victims and survivors. The four pillars of the Istanbul Convention - prevention, protection prosecution and coordinated policies - can be of great support to national and local practitioners to improve the efficiency of the fight against violence against women and domestic violence in the Republic of Moldova”.

The Special Advisor to the Prime Minister of Croatia, Ivana Vukov shared Croatia’s experience on its path towards the ratification of the Istanbul Convention, focusing on the challenges most similar and relevant to the Republic of Moldova. She also presented the positive outcomes following ratification, such as the establishment of both national and country teams for prevention and combating violence against women and domestic violence, legislative amendments, the launching of the national helpline for domestic violence, preventive and therapeutic programs, free legal aid improved in all courts across Croatia.

Video statements of key stakeholders about the Istanbul Convention screened during the event and the myths and facts brochure together with an infographics on how the system of assistance to victims of violence against women and domestic violence will need to be improved by the Republic of Moldova after the ratification of the Convention can be found on “10 years of the Istanbul Convention” dedicated web page.