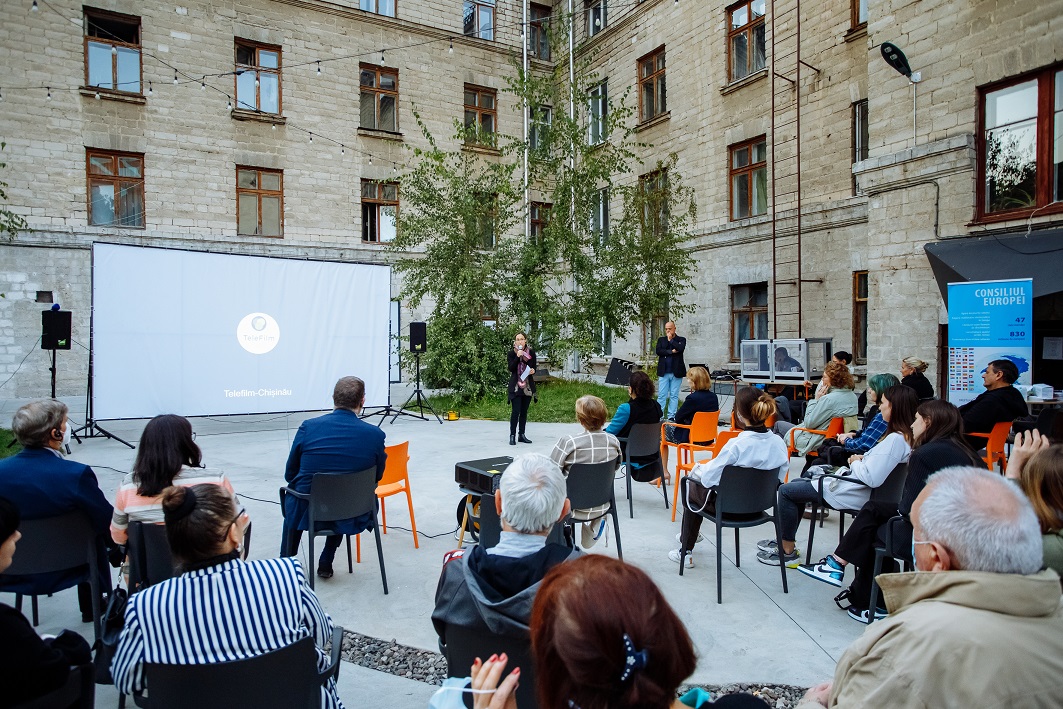 „We supported the efforts of three debutant filmmakers who developed documentaries on human rights and other social issues in general. All three movies have deeply touched the audiences, an observation we made based on the discussions held after the screenings. Our aim was to promote high-quality documentaries from the Republic of Moldova, in partnership with Telefilm-Chisinau, to raise awareness with the hope that people will change their perceptions and various stereotypes lose their power and grip over time,” noted Giulia Re, Deputy Head of Council of Europe Office in Chisinau.

On 6th of September, guests attended the premiere of the documentary “Liliana’s Voice,” a film by Roman Gatcan about a woman who sees the world upside down. She suffers from dwarfism and throughout her life has been the target of curiosity of those around her. However, overcoming these obstacles, Liliana has become an active and involved actor in society, coordinating a series of successful projects, including “the Voice of Silence.”

„This on-going project makes me extremely happy because our young talents deserve to be supported. This way, our colleagues, the authors of these beautiful films have benefitted from the support of Council of Europe. The story of Liliana has especially touched me deeply because we have a lot to learn from the main character, her being an inspiration and example for all of us,” highlighted Liliana Nicolaescu-Onofrei, the Chair of the Parliamentary Committee on culture, education, research, youth, sports and mass-media.

On the evening of the 7th of September, the premiere of the second documentary, “Doctors” by Tatiana and Vlaicu Bunduchi brought into focus the effects of the COVID-19 pandemic on the medical system in the Republic of Moldova. By following the 24/7 activity of an ambulance team throughout January and February 2020, the filmmakers explore what it means to be a medical worker during these challenging times.

On the 8th of September, the series of national premieres concluded with “Our Eve” by Ana Gurdis. The documentary which has been already well-received and screened at international film festivals, delves into the lives of Marin and Maria Andronache, both suffering from locomotor disabilities, and that of their one-year-old daughter, Evelina, who was born perfectly healthy. Their life in a small village in Moldova is not necessarily the easiest one, but they strive to offer a better future for their daughter.

The events were attended by representatives of national authorities, such as the Chair of the relevant Committee in the Parliament of the Republic of Moldova, the Minister of Health, Minister of Social Protection, Director of National Centre of Cinematography of Moldova, as well as country representatives of international organisations and embassies - World Bank, UNDP, UNICEF, US Embassy and the EU Delegation to the Republic of Moldova.

Throughout 2020, the Council of Europe Project „Promoting European standards in the audiovisual regulation of the Republic of Moldova” supported national broadcaster’s Documentary Film Department “Telefilm-Chisinau,” and three debutant filmmakers to develop documentaries on relevant social issues for the Republic of Moldova.