Republic of Moldova: the PACE monitoring co-rapporteurs welcome the authorities’ determined action to reform the judicial system and fight corruption 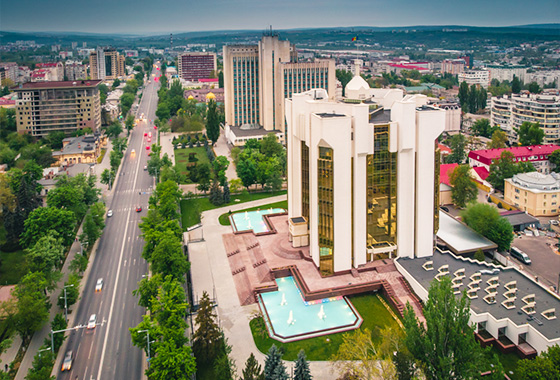 At the end of a fact-finding visit to the Republic of Moldova (12-15 October), the monitoring co-rapporteurs of the Parliamentary Assembly of the Council of Europe (PACE), Inese Lībiņa-Egnere (Latvia, EPP/CD) and Pierre-Alain Fridez (Switzerland, SOC), welcomed the determination of the Moldovan authorities to reform the judiciary to strengthen its independence and to fight corruption, creating a momentum for change aimed at addressing the concerns of the population.

They welcomed, in particular, the adoption of constitutional amendments agreed upon by all major political parties to depoliticise the judiciary. They also welcomed the cooperation with the Council of Europe in pursuing judicial reform. These changes, they stressed, are aimed at restoring confidence in the state bodies and should build sustainable institutions based on European standards.

Believing that good governance implied transparency in public life, the co-rapporteurs also said that the ruling party – with a large majority in parliament – had now a great responsibility to improve transparency in the financing of political parties.

They welcomed the progress made in the field of women's rights and congratulated the Republic of Moldova on the ratification of the Istanbul Convention.

Finally, the co-rapporteurs, who visited Tiraspol, noted the readiness of the de facto authorities to engage in a dialogue with the PACE Sub-Committee on Conflicts between Council of Europe Member States, on the protection of human rights in the context of the Transnistrian settlement process.