Preventing and combating torture and ill-treatment is a joint responsibility! 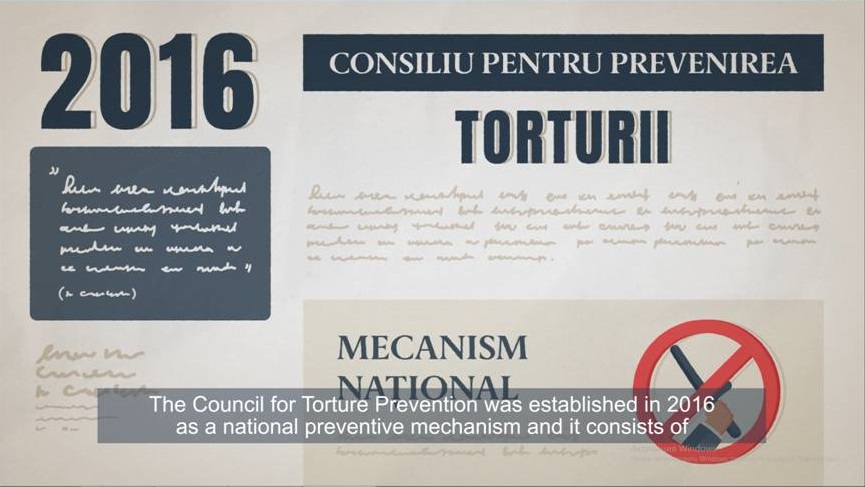 They aim at raising public’s awareness on the activity of the Council for Torture Prevention. They also call on reporting torture and ill treatment cases, encourage the victims of torture and ill-treatment to ask for legal protection and urge the public to inform relevant authorities in case of violation of the rights and freedoms of the persons.

The Council for Torture Prevention was set up in 2016 as a national mechanism for torture prevention.  It consists of two People’s Advocates and 5 representatives of the civil society. It has conducted so far more than 100 preventive and monitoring visits against torture and ill-treatment. As a result, 80 reports and over 800 recommendations were provided to the relevant institutions.

The leaflet is available in Romanian and Russian:

The videographic and the leaflet were produced with the support of the Council of Europe Programme “Promoting a human rights compliant criminal justice system in the Republic of Moldova”, funded by the Government of Norway.