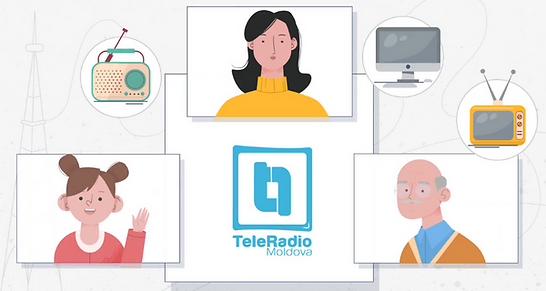 A new campaign with the aim to explain the mandate of the Teleradio-Moldova Ombudsperson Service was launched at the end of May 2021 and continues during June. The video comes to inform and raise awareness about the role, functions and ways in which audience service Teleradio-Moldova may appeal to the Ombudsman Service of Teleradio-Moldova, if the audience considers that their rights have been violated.

The Media Ombudsperson mediates conflict between the institution and the public when journalistic materials contain:
1. Unverified facts;
2. False and manipulative news;
3. Hate speech, discriminatory or sexist messages;
4. Political bias;
5. Breaches of human rights or of the presumption of innocence.

The TRM Ombudsman may be contacted by email: ombudsman@trm.md  or by sending a letter at the address: The Republic of Moldova, mun. Chișinau, 1, Miorița str..

The animated video on raising awareness about the Audience Ombudsperson Service within the National Public Broadcaster, Teleradio-Moldova was developed under the Council of Europe project „Promoting European standards in the audiovisual regulation of the Republic of Moldova”.