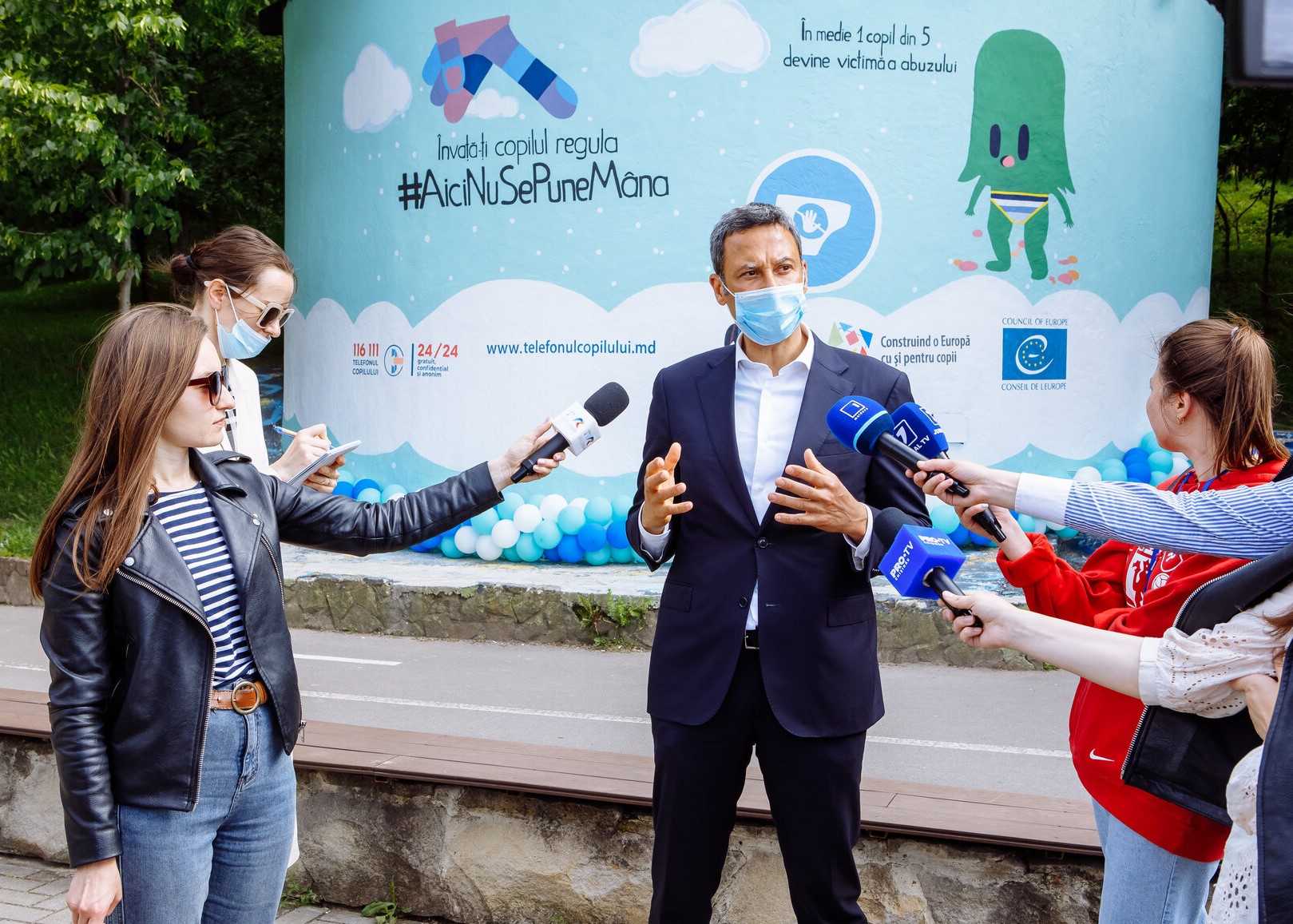 On 4th of June the Council of Europe marked the International Day of Innocent Children Victims of Aggression, by launching a mural with Kiko in the “Valea Morilor” park. The activity was organized in collaboration with young people of the Chisinau “IS ME” team who, together with two teenagers, draw the mural.

Originally the International Day of Innocent Children Victims of Aggression focused on child victims of war, but its purpose expanded to "acknowledge the pain suffered by children throughout the world who are the victims of physical, mental and emotional abuse”.

In this context, the event aimed to raise awareness of children on child abuse and prevention measures, as well as to encourage children to report any kind of physical or verbal abuse. In addition, children were informed about the national hotline “Child's phone” 116 111 where they could call in case of abuse and receive help and counselling.

The event was organized within the Council of Europe project "Combating violence against children in the Republic of Moldova", under the component “increased awareness on child sexual exploitation and abuse and the rights of the child in the digital environment”.