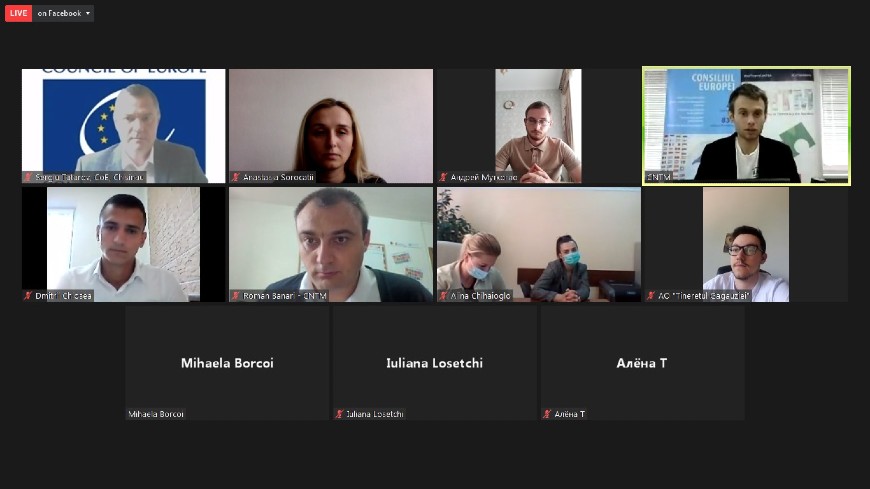 A discussion platform called “Democracy Café for the young people” was launched by the Council of Europe, in co-operation with the Republic of Moldova, the Central Electoral Commission of the Autonomous Territorial Unit Gagauzia (ATU Gagauzia) and the National Youth Council of Moldova.

The platform will be piloted for the duration of the elections of the representative authority at the regional level - the People's Assembly of the ATU Gagauzia (PAG) – which first and second rounds are respectively scheduled for 19 September and 3 October 2021.

Through this platform, interviews with candidates to the PAG on one side, and young voters on the other side, will be organised to confront the needs and hopes expressed by the young people, with the proposals, for the youth, contained in the programmes of the electoral candidates.

The aim is to draw up recommendations in order to encourage young voters, from the entire country, to take an informed and active part in future elections.

This activity is funded and implemented by the Council of Europe Project Improving Electoral Practice in the Republic of Moldova, Phase II.
2021-09-13T07:28:00