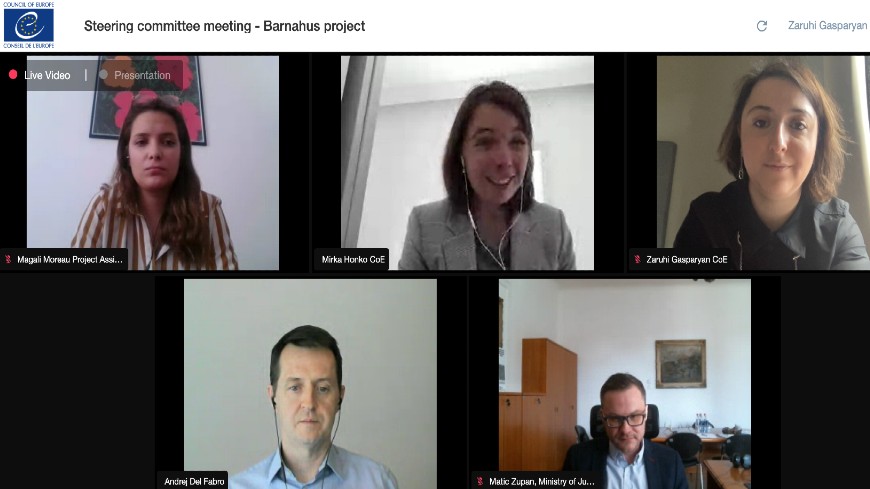 On 18 March 2020, the Steering Committee of the joint EU Reform – Council of Europe project to Support the implementation of Barnahus in Slovenia (phase II) took place virtually and was chaired by Mr Matic Zupan, State Secretary of the Ministry of Justice of Slovenia. The Steering Committee members discussed the progress made, in particular towards the adoption of the Barnahus Law, and future plans for its further implementation. Mr Zupan stressed that “Important steps have been taken towards the successful implementation of the project and it has yielded its results”.

The Barnahus Law is expected to be adopted by the Slovenian Parliament at the end of March 2021. The Council of Europe reiterated its readiness to support the Slovenian authorities in further strengthening the Barnahus services and framework through contributing to i) development of a Communication Strategy and an awareness raising campaign for the Barnahus; ii) drafting of by-laws and regulations to complement the Barnahus Law; and iii) finalisation and validation of the forensic interviewing protocol adapted to the Slovenian context, including the creation of a pool of trainers to ensure sustainability in transferring the know-how and skills at national level.

The EU DG Reform praised the achieved results and confirmed their willingness to further support the Slovenian authorities in introducing structural reforms to uphold the rights of the child in the country.