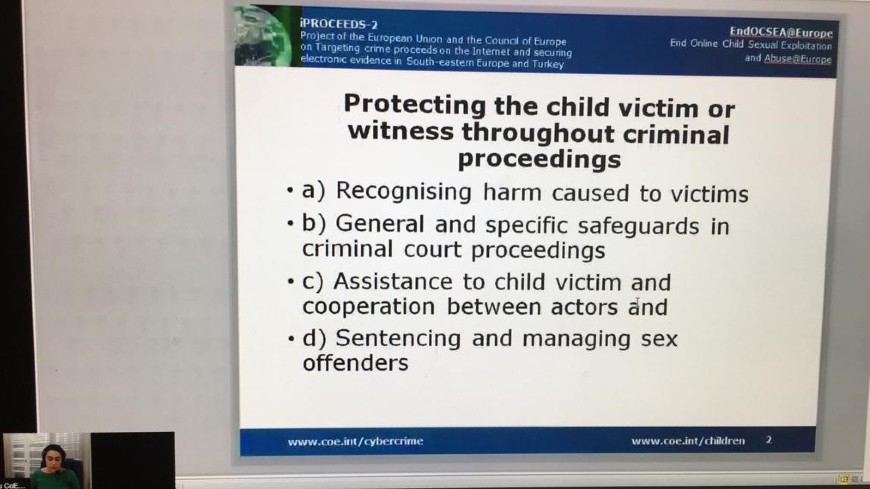 The objective of the training was to enhance the knowledge, skills and capacities of Turkish magistrates to improve their role during OCSEA-related proceedings and mechanisms including with regards to victims and witnesses of such crimes. For this purpose, EndOCSEA consultants presented key international standards and practices to tackle OCSEA in light to the Council of Europe Conventions on the Protection of Children against Sexual Exploitation and Sexual Abuse (Lanzarote Convention) and on Cybercrime (Budapest Convention). EndOCSEA experts provided concrete information for Turkey in particular in relation to the definitions, trends and related criminal procedures on OCSEA, with a focus on:

- investigations and measures for obtaining electronic evidence in the context of OCSEA;

- end to end victim and witness support during OCSEA investigations; and

The EndOCSEA@Europe project will continue to support capacity building activities for the project countries, including Turkey, by making available a pilot training module on OCSEA in 2021.

The Council of Europe gratefully acknowledges the financial support provided for this programme by the Fund to End Violence Against Children.