4th meeting of the Bureau of the CDCPP

1. Opening of the meeting by Ms Erminia Sciacchitano, Chair of the Committee

2. Adoption of the agenda

3. Implementation of the 2013 programme of activities

3.3  Results of the launch of the European Heritage Days, Armenia, 29 August-1 September

(i) Follow-up given to the 10th Council of Europe Conference of Ministers of Culture “Governance of Culture – Promoting access to Culture”, notably through the preparation of (a) two guidelines (policy-orientation documents) on actions to address the impact of digitisation of culture and (b) a framework of indicators to measure the impact of cultural activity on democracy and the economic efficiency of financing culture

(iv) Identification of best practices on improving living spaces and quality of life in line with the Faro and Landscape conventions, with a view to their wide dissemination in member States

(v) Evaluation of the lessons learned from the field pilot projects in South-East Europe, Caucasus and Black Sea regions and selected EU member States, and preparation of policy guidelines

(vi) Adoption of recommendations for the granting of the European Landscape Award, for consideration by the Committee of Ministers

5.    Preparations for the 60th anniversary of the European Cultural Convention

6. Strategic partnerships with other organisations

7. Dates of the next Bureau meeting and the 3rd plenary meeting of the CDCPP 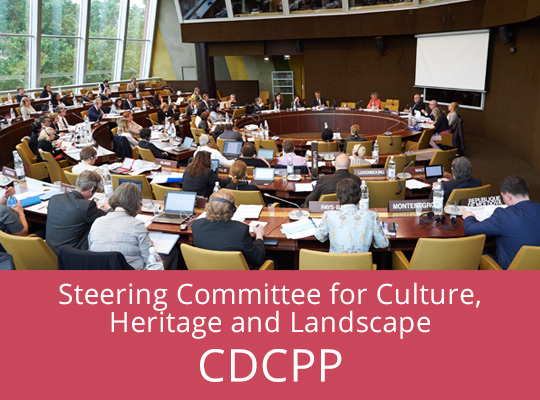