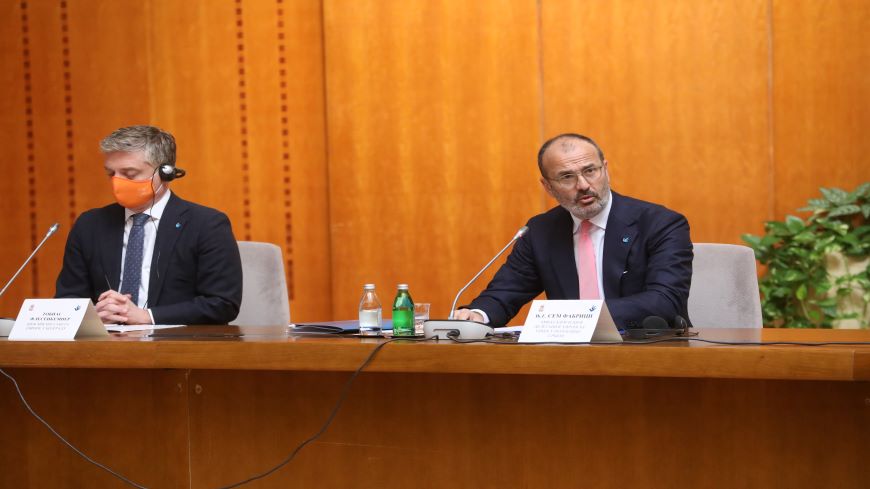 The Heads of the European Union Delegation and of the Council of Europe in Serbia have welcomed today the decisions on judicial independence adopted by Serbian High Judicial Council (HJC) and the State Prosecutorial Council (SPC) on 15 and 19 April 2021 respectively.

The changes introduced aim to create clearer procedures for reacting to cases of political or any other type of undue influence on the two Councils, such as from lawyers, the media and the business community. The HJC and the SPC will now need to demonstrate that the Rules are effectively followed and applied in all situations of attempted undue influence on judges and on prosecutors.

The work on those decisions was supported by the joint European Union – Council of Europe action “Strengthening independence and accountability of the judiciary”, which is part of the programmatic framework “Horizontal Facility for the Western Balkans and Turkey II”.

Ambassador of the European Union to the Republic of Serbia, H.E. Sem Fabrizi stated:

“Rule of Law is at the core of the EU project and of the accession process. Reforms in the judiciary system play a crucial role. Independence, accountability and efficiency are the three key drivers of these reforms. We are glad that today the Councils of the Judges and Prosecutors adopted a legal framework to ensure that the mechanisms for reporting undue influence are adequately embedded in the Councils’ regulations. Undue influence of political, media or business or other nature on judges and prosecutors is detrimental to democratic, fair and transparent justice. It is of utmost importance that this positive development gets full endorsement from the authorities and translates into an enhanced guarantee of delivery of justice.”

“We are convinced that these decisions have the potential to strengthen judicial independence in Serbia,” – said Tobias Flessenkemper, Head of the Council of Europe Office in Belgrade. “They are testimony of the productive continued partnership with the Council of Europe, and a legacy of the outgoing Supreme Court President Dragomir Milojević who was engaged in their preparation. It is an important step forward, which can only improve the independence and autonomy of the administration of justice if the commitments are honoured by those judicial bodies. As long as government representatives play an important role in those bodies, they have a particular responsibility for upholding the spirit and letter of those changes. The change shall be secured for the future by amending the Constitution to further develop the independence and autonomy of the judicial institutions in Serbia.”

Further activities under this Horizontal Facility action will entail more training for judges and prosecutors, and conducting “training of trainers” of the Judicial Academy, all in an effort to build a culture of independence and impartiality in the justice sector.