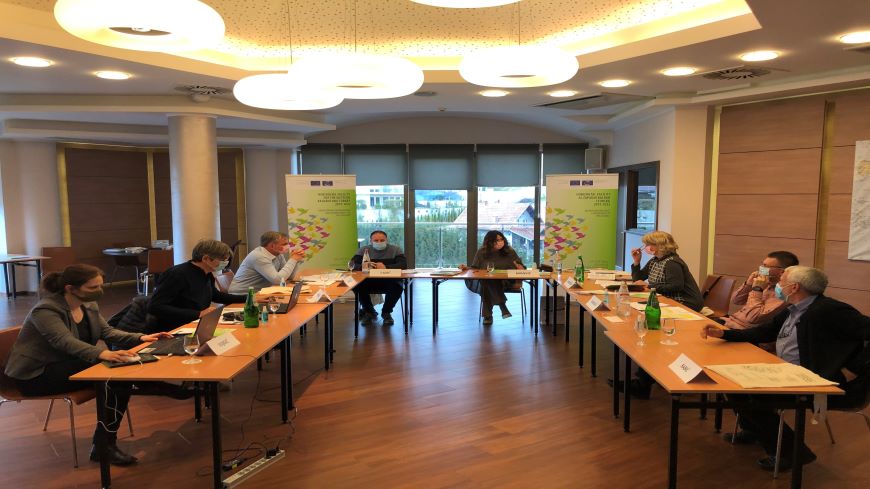 The Serbian State Prosecutorial Council’s Working Group tasked with amending the Code of Ethics for public prosecutors held its fifth working meeting from 7-9 April to discuss the proposed changes to the Code together with a set of guidelines on ethical dilemmas.

Members of the Working Group finalised work on developing implementing guidelines for a number of principles contained in the Code of Ethics. They discussed the analysis of the final draft of the Code and an overview of outstanding issues prepared by the Council of Europe consultant. The Working Group significantly brought further the efforts to mainstream gender by following the advice of the dedicated consultant. The guidelines will be a living instrument, which the Ethics Committee will be revising and adding to, based on their practice. Once adopted, the Code of Ethics for public prosecutors will be printed and published online at the website of the State Prosecutorial Council.

The meeting was held under the Action “Strengthening independence and accountability of the judiciary” which is part of the “Horizontal Facility for the Western Balkans and Turkey II”, a co-operation initiative of the European Union and the Council of Europe, which aims at assisting beneficiaries in the Western Balkans region and Turkey to comply with the Council of Europe standards and European Union acquis in the framework of the enlargement process, where relevant.