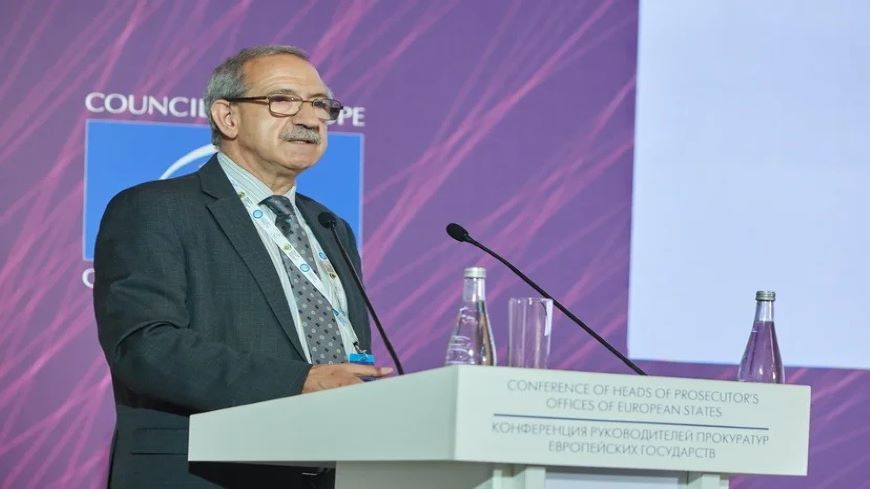 Mr Antonio Vercher Noguera (Spain), President of the CCPE, took part in the Conference of Heads of Prosecutor’s Offices of European States from 6-9 July 2021 in Saint Petersburg. The Conference was organised by the Office of the Prosecutor General of the Russian Federation in co-operation with the Council of Europe and International Association of Prosecutors. It was dedicated to the role of prosecutors in protecting individual rights and public interest in the light of requirements of the European Convention on Human Rights. The CCPE President opened, among other distinguished speakers, the Conference, as well as took part in one of the thematic sessions which examined in particular the issues of environmental protection. He underlined the role of the CCPE in the overall structure of the Council of Europe’s bodies and institutions, and its contribution to developing guiding principles for independence, impartiality, effectiveness and other vital aspects of the prosecutorial profession across the Council of Europe member States. The CCPE President stressed that prosecutors play a powerful and influential role within society and their voice is important as they uphold the rule of law, fairness, impartiality, and safeguard the liberties and freedoms of fellow citizens, and also actively co-operate internationally to combat crime. He called on to participants to maintain their vigilance in ensuring respect for the Council of Europe standards and reminded that the CCPE is at their disposal to provide support and expertise where needed, and pave the way for an effective implementation of the European Convention on Human Rights.

Live streaming of the Conference available

Webpage of the event