Application of the CCJE standards in Cyprus 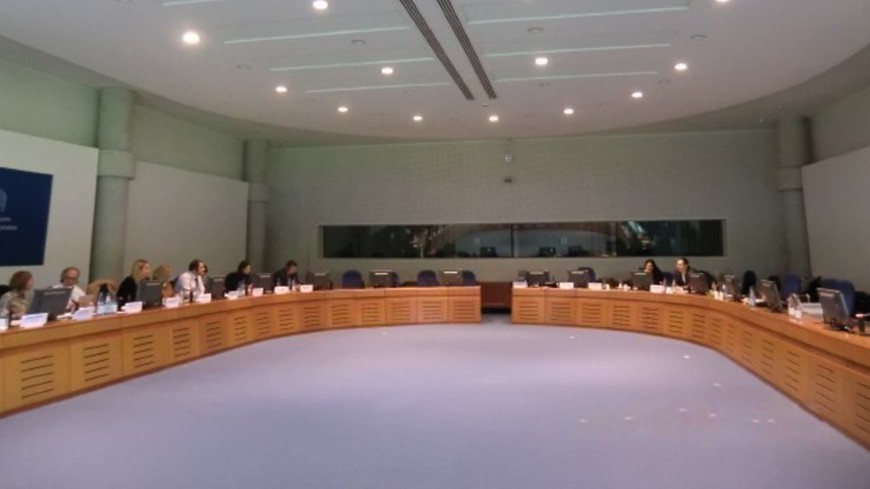 On 6 - 7 October 2022, a high-level delegation representing the judiciary of Cyprus visited the Council of Europe. The delegation met with judges of the European Court of Human Rights Court and representatives of the Registry to gain an insight into the Court’s  jurisprudence, case management and working methods. The delegation also met with representatives of other relevant Council of Europe sectors and bodies, including Mr Artashes Melikyan, Secretary of the CCJE, who presented the CCJE standards and targeted co-operation activities with national and international partners.

The delegation assured of the continued interest of the judiciary in Cyprus regarding  the Opinions of the CCJE and their implementation at national level. The active role played by Judge Stelios Nathanael, former President of the Supreme Court and member of the CCJE in respect of Cyprus was also underlined.

This visit was organised by the Directorate General of Human Rights and Rule of Law in the framework of the European Union / Council of Europe Joint Project in Cyprus entitled “Enhancing the capacity of the justice system by an effective implementation of the reform recommendations and processes”.