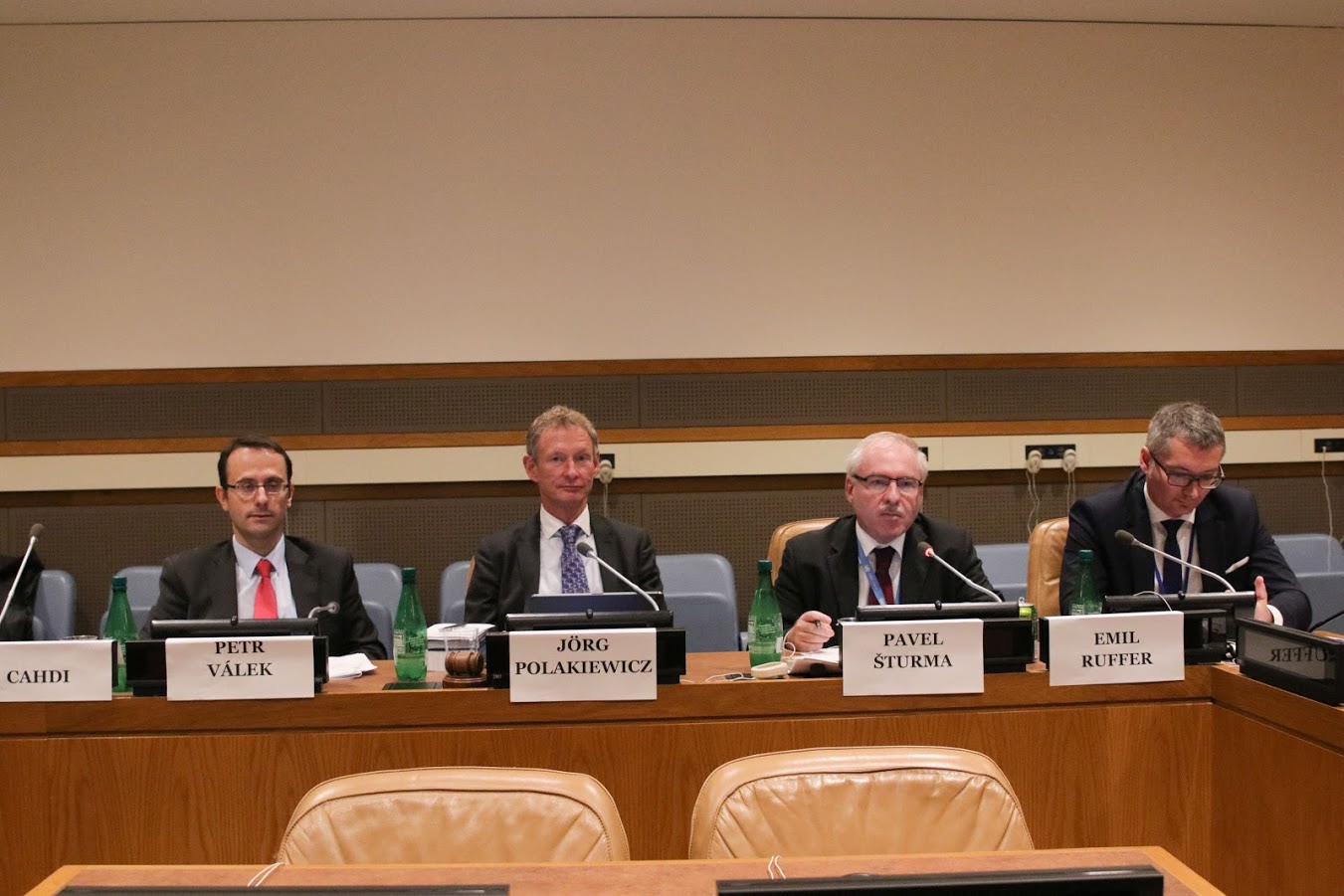 The Chair of the CAHDI, Director Válek, presented to a full conference room the CAHDI’s activities and concrete results, including publications such as “CAHDI Contribution to Development of Public International Law: Achievements and Future Challenges”. Professor Šturma’s presentation focused on cooperation between the International Law Commission and CAHDI. Finally, Ambassador Ruffer shared practical information on the possibility of obtaining observer status to CAHDI for non-European UN members. In the discussion that followed, a number of states expressed their appreciation of various activities of the CAHDI, a Committee which forms a wide network of legal advisers and thus contributes to the development of international law.