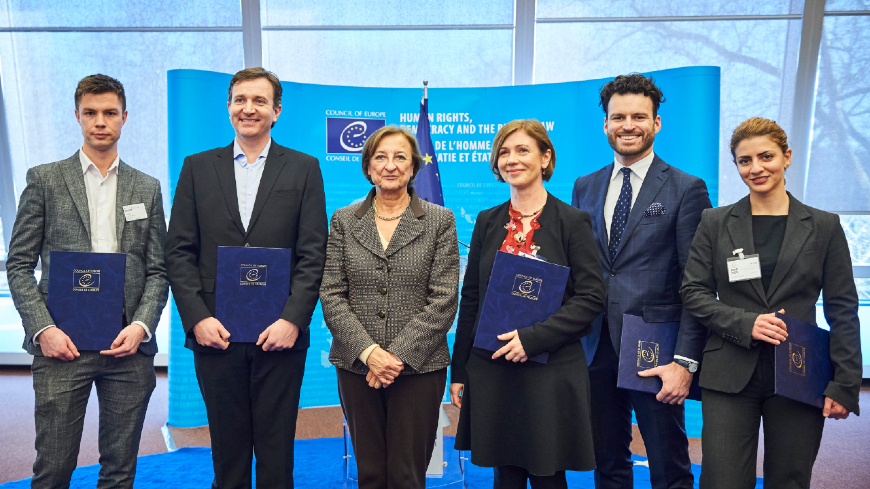 Five new companies and business associations today joined the Council of Europe Partnership with the IT sector aimed at promoting respect for human rights, democracy and the rule of law on the internet: the artificial intelligence software provider Element AI, the International Communications Consultancy Organisation (ICCO), the Institute of Electrical and Electronics Engineers (IEEE), the IT operator Intel and the RIPE Network Coordination Center.

To formalise their accession to the partnership, representatives of these companies and associations exchanged letters with the Secretary General of the Council of Europe, represented by Deputy Secretary General Gabriella Battaini-Dragoni during a signing ceremony in Strasbourg.

Created in 2017, the partnership is a platform for collaboration between the Council of Europe and IT companies and associations on specific projects. It aims to facilitate the exchange of experiences and views on the protection of human rights and the rule of law in Council of Europe work relevant to this sector.

Ahead of the exchange of letters, the partners held and exchange of views with Council of Europe´s officials on the Organization’s ongoing work on artificial intelligence, data protection, autonomous vehicles, democracy and children’s rights.