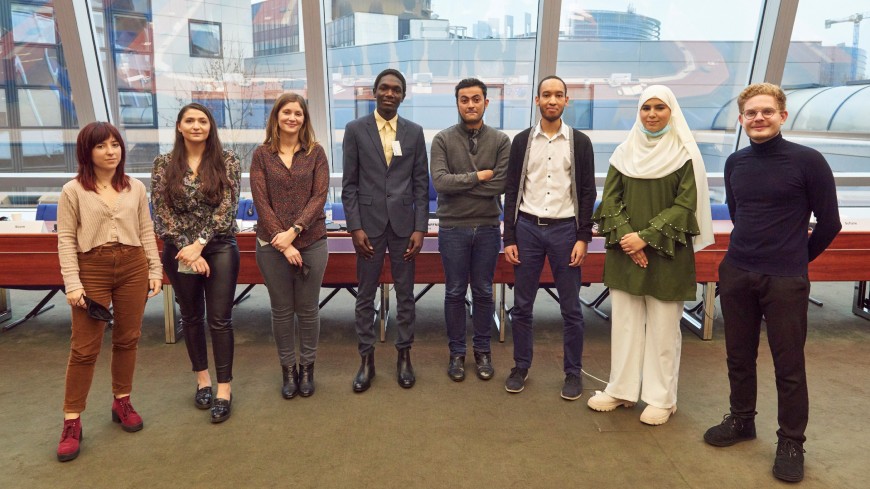 On 15 December, youth representatives from different cultural and religious backgrounds were invited to the Council of Europe for a seminar entitled “Young people facing hate speech today: impact and solutions”.

Samuel Lejoyeux, President of the Union des Etudiants Juifs de France (UEJF), delivered a keynote address in which he presented the legal case brought by the UEJF and other NGOs against Twitter for not systematically removing illegal racist posts, especially during the pandemic. In July, a Paris court ordered Twitter to share documentation with the NGOs and authorities on how it moderates content. Young people who use social media on a daily basis are often exposed and vulnerable to hateful content.

In the debate, led by ARTE moderator Dorothée Haffner, participants from Strasbourg aged 18-24 – of Christian, Jewish, Muslim and non-religious (Laic) backgrounds – took the floor to share their experiences and points of view.

Two key conclusions were the importance of education, at an early age, on common values and mutual respect and the contribution of the interreligious dimension of intercultural dialogue among young people to upholding these values in society. The young participants expressed their wish to continue the exchange on different kinds of issues in society, for example in the area of sport. Another proposal was to facilitate a similar exchange at the European level, involving young representatives from different countries.