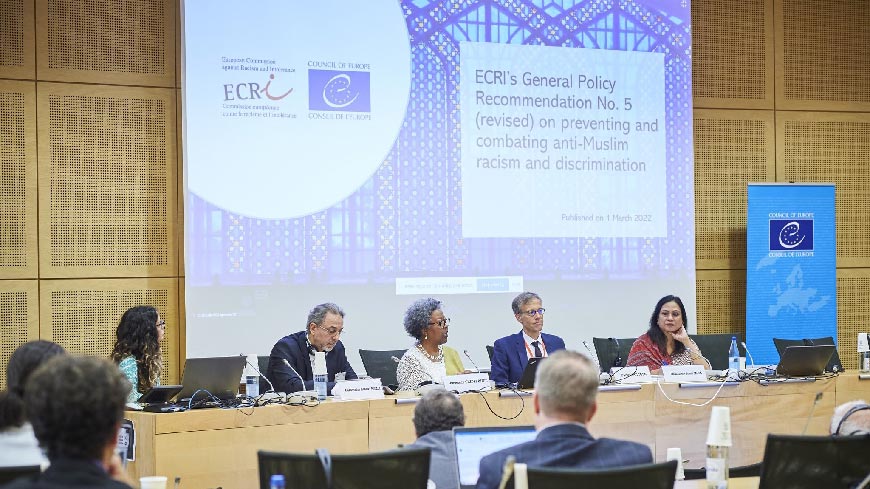 Following a series of events on antisemitism and religious intolerance in 2021 (see summary of main activities 2021), a public seminar specifically on the topic of anti-Muslim racism and discrimination was held in Strasbourg on 7 June (programme). International and national experts shared their experience in the light of the issues raised in the General Policy Recommendation by the European Commission against Racism and Intolerance (ECRI) on preventing and combating anti-Muslim racism and discrimination.

The seminar took place in the framework of “Fáilte: Fostering a Europe of welcome, inclusion, and diversity”, one of the three priorities of the Irish Presidency of the Committee of Ministers. The meeting was opened by Irish Ambassador Breifne O’Reilly and Rabbi Mendel Samama, responsible for European relations in Strasbourg. In his opening remarks, Ambassador O’Reilly stated: “We believe that diversity is beneficial to our societies and that protecting the human rights of minorities is an essential pillar of modern democracy”.

The seminar reached a number of key conclusions in order to better combat anti-Muslim racism: