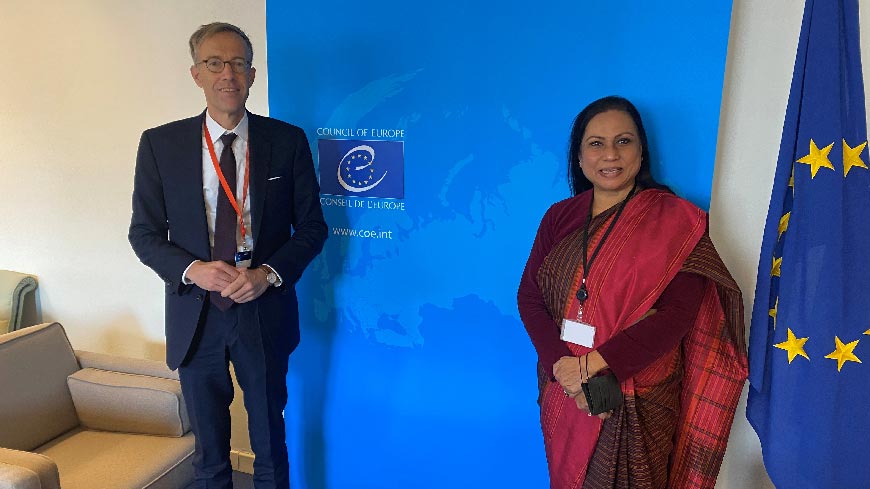 I was honoured to receive Ambassador Ismat Jahan, OIC Permanent Observer to the European Union for a courtesy visit at the Council of Europe. The Council of Europe has previously organised several study visits for the OIC Independent Permanent Human Rights Commission. In our meeting we discussed the rise of anti-Muslim and antisemitic hate speech as well as related forms of hatred on social media.

We agreed on the importance of the Council of Europe’s forthcoming recommendation on hate speech and the next General Policy Recommendation on anti-Muslim racism to be issued by the European Commission against Racism and Intolerance (ECRI). We also agreed on the need to protect freedom of thought, conscience and religion (Article 9 ECHR) in increasingly diverse societies. The Ambassador also recalled the OIC's earlier collaborations with the Council of Europe on FGM and emphasized that FGM is more a cultural or traditional practice which has no basis in Islam, I reiterated the Council of Europe’s approach of zero tolerance towards this inhuman practice.

I look forward to further dialogue with Ambassador Jahan and the OIC.