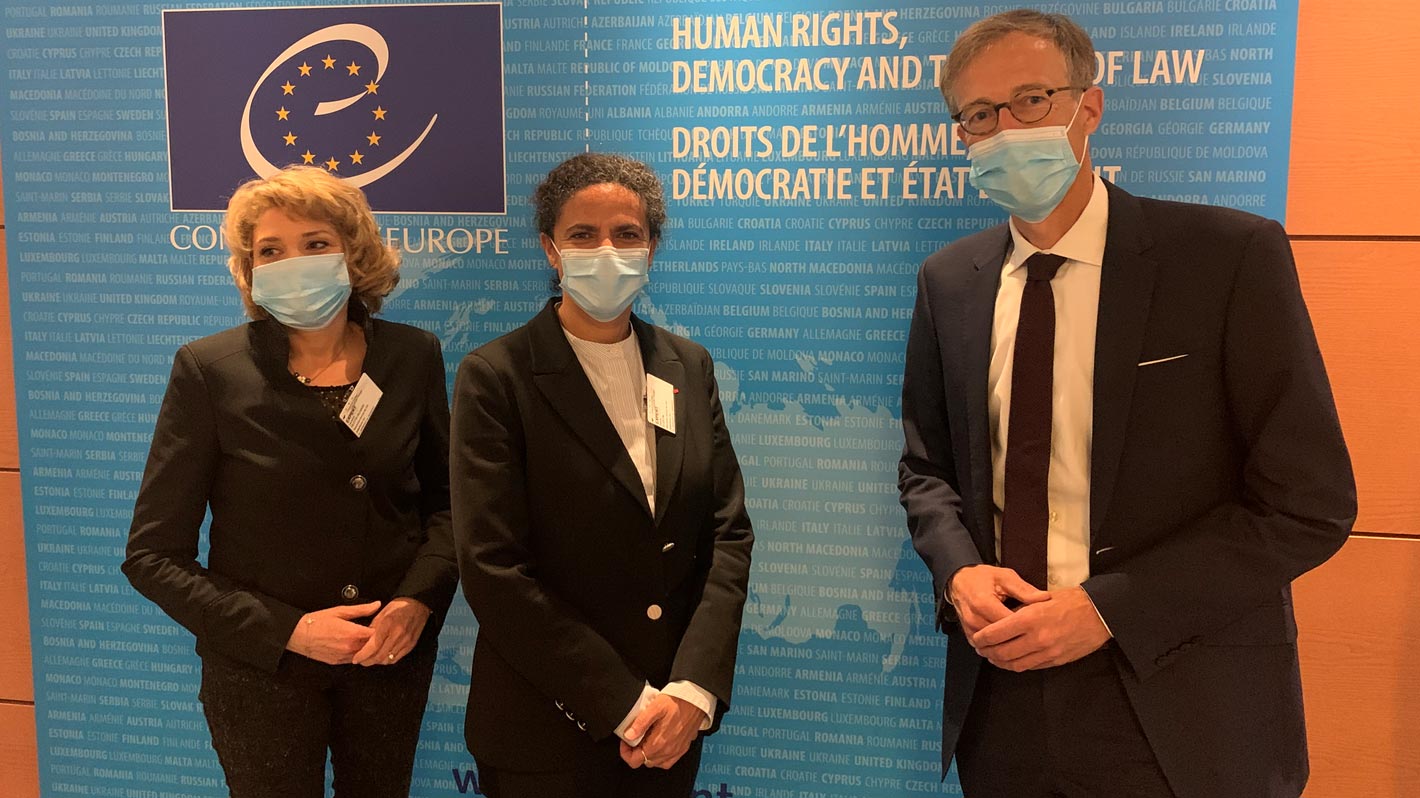 On 30 April, I had a meeting in Strasbourg with Sophie Elizéon, France’s new Inter-ministerial Co‑ordinator on combating racism, antisemitism and anti-LGBT hatred, and Laurence Villette-Richard, DILCRAH adviser on justice and international relations.

Following the exchange of views I held with her predecessor, Frédéric Potier, at the end of 2020, we took stock of the Council of Europe’s ongoing work, including the draft Recommendation of the Committee of Ministers on passing on remembrance of the Holocaust and preventing crimes against humanity and the review of ECRI’s General Policy Recommendation on the fight against antisemitism.

I informed her about an informal meeting held in March by the Committee of Ministers ambassadors on combating hate speech both offline and online, in which the President of the Union of Jewish Students of France (UEJF), Noémie Madar, took part.

Lastly, we discussed the EU’s action plan against racism, the use as an educational tool of the “legally non-binding working definition of antisemitism” adopted by the International Holocaust Remembrance Alliance (IHRA), the link between hate speech and hate crimes and legislation on removing hateful content from social media.

We will keep in touch regularly to continue our exchanges and step up the co-operation between our two institutions.