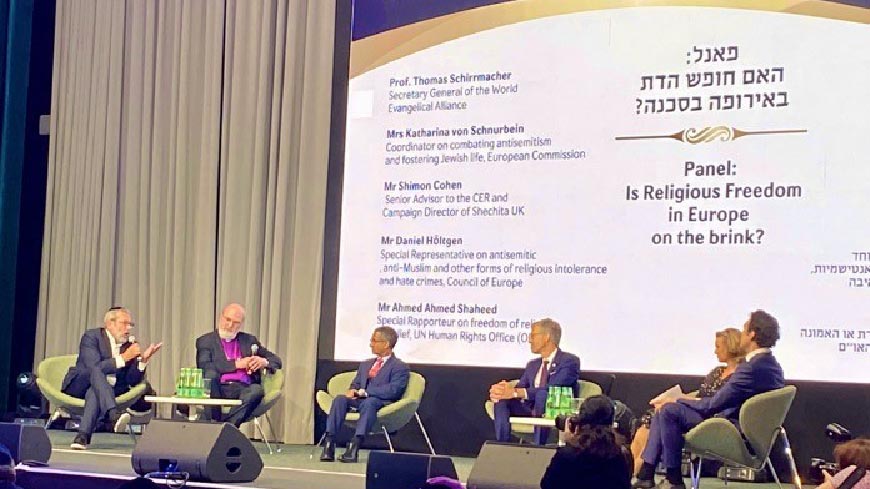 The Conference of European Rabbis (CER) brings together some 700 orthodox Rabbis from all over Europe.

The CER’s President is Rabbi Pinchas Goldschmidt, who has attended several meetings at the Council of Europe, most recently an exchange on combatting antisemitism during the Hungarian Presidency in 2021.

The 2022 CER Convention was held in Munich from 30 May to 1 June and was attended by a several international, European and German officials and politicians.

The Vice-President of the European Commission, responsible for promoting the European Way of Life, Margaritas Schinas, announced a conference in the autumn on the subject of religious practice, to which other organisations would be associated.

In 2015, former Secretary General Jagland addressed the CER Convention in Berlin, stating that the Council of Europe would protect Jewish religious practice in Europe, including specifically the religious circumcision of infant boys by specially trained Rabbis.