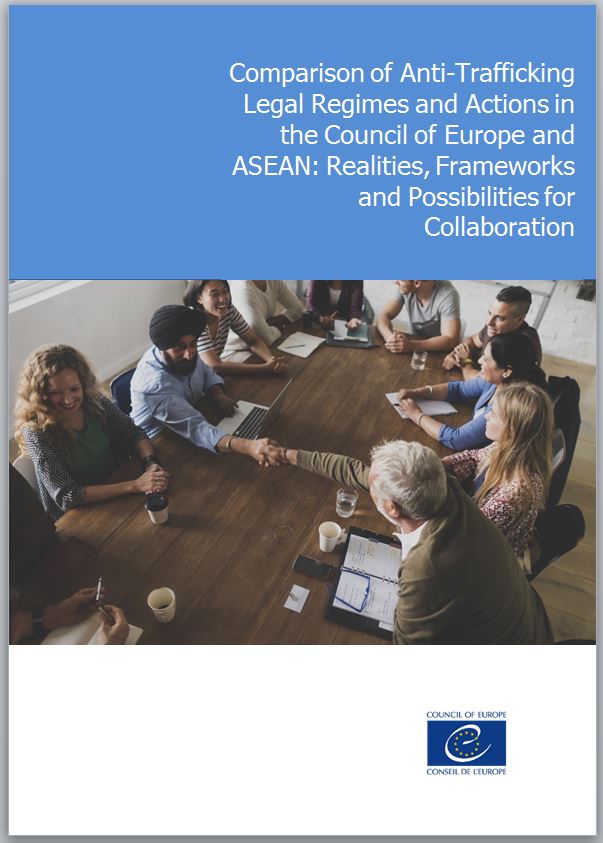 Comparison of Anti-Trafficking Legal Regimes and Actions in the Council of Europe and ASEAN: Realities, Frameworks and Possibilities for Collaboration

Europe and Southeast Asia are the only regions in the world to have adopted comprehensive legally binding anti-trafficking conventions: the Council of Europe Convention on Action against Trafficking in Human Beings (CoE Trafficking Convention), adopted in 2005, and the ASEAN Convention Against Trafficking in Persons, Especially Women and Children (ASEAN Trafficking Convention), adopted in 2015. Comparative analyses of these two anti-trafficking frameworks, with a view to exploring avenues and obstacles for collaboration between the two regional organisations in addressing this global phenomenon are lacking. This study seeks to bridge this gap by analysing the anti-trafficking frameworks and developments in the CoE and ASEAN to be used by experts, policy makers and practitioners. 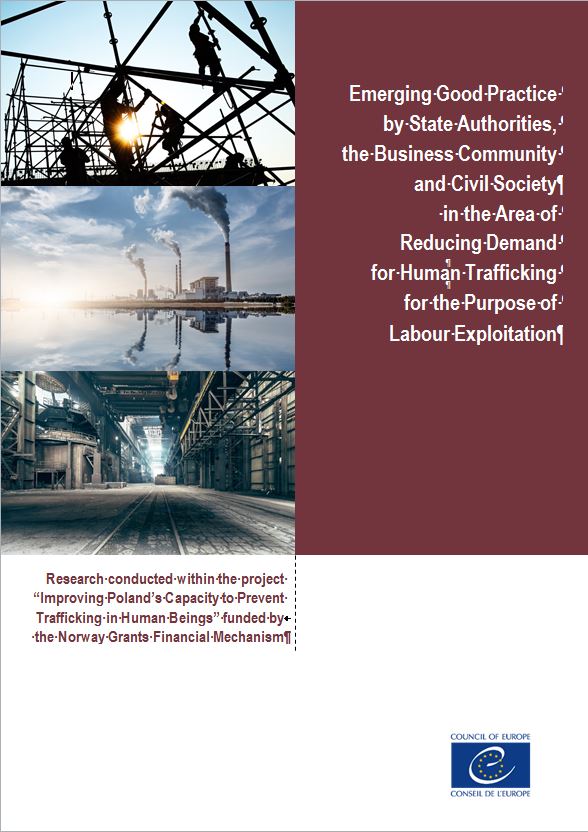 Compilation report on emerging good practices by state authorities, the business community and civil society on preventing human trafficking in the business practices and supply chains

The report presents examples of initiatives by governments, businesses and civil society organisations to prevent trafficking in human beings for the purpose of labour exploitation, reviewing their strengths and weaknesses. The research has been conducted by Mike Dottridge, independent human rights consultant, within the project “Improving Poland’s Capacity to Prevent Trafficking in Human Beings” funded by the Norway Grants Financial Mechanism and implemented by the Polish Ministry of the Interior together with the Council of Europe. 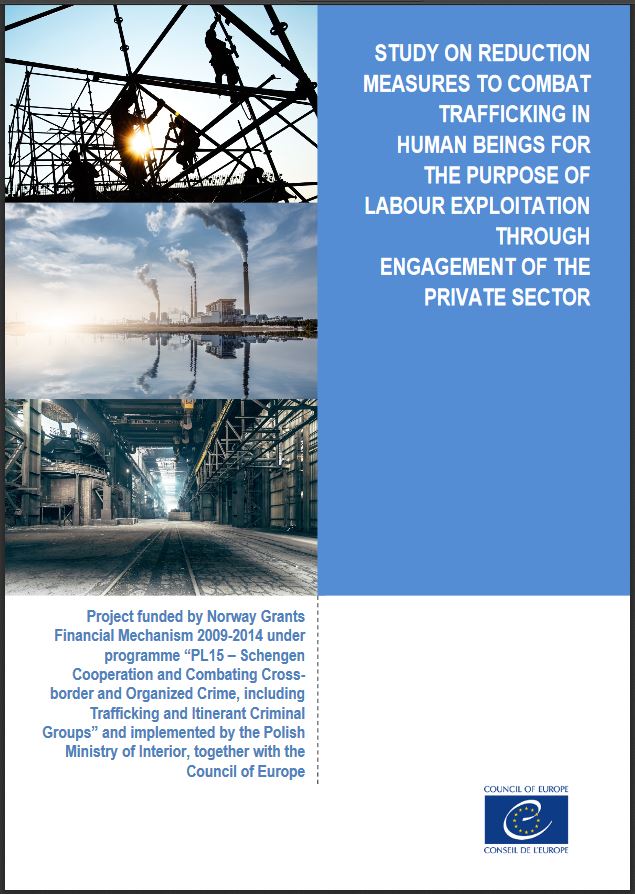 A study* by Professor Zbigniew Lasocik, commissioned in the framework of the project “Improving Poland’s Capacity to Prevent Trafficking in Human Beings” funded by the Norway Grants Financial Mechanism and implemented by the Ministry of the Interior and Administration with the Council of Europe. 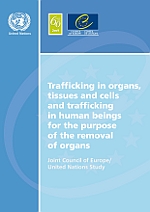 Joint Council of Europe/United Nations Study on trafficking in organs, tissues and cells and trafficking in human beings for the purpose of the removal of organs

The study stresses that trafficking in human beings for the purpose of organ removal is a small part of the wider problem of organs, tissues and cells (OTC) and highlights that there is widespread confusion in the legal and scientific communities between the two types of trafficking, which require different solutions. 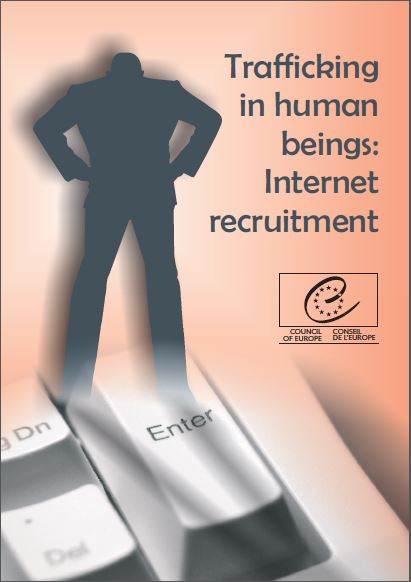 An examination of the different methods used by traffickers to recruit their victims via the internet in order to propose appropriate legal, administrative and technical measures and more effective and better targeted awareness-raising activities to counter the problem

link to the study 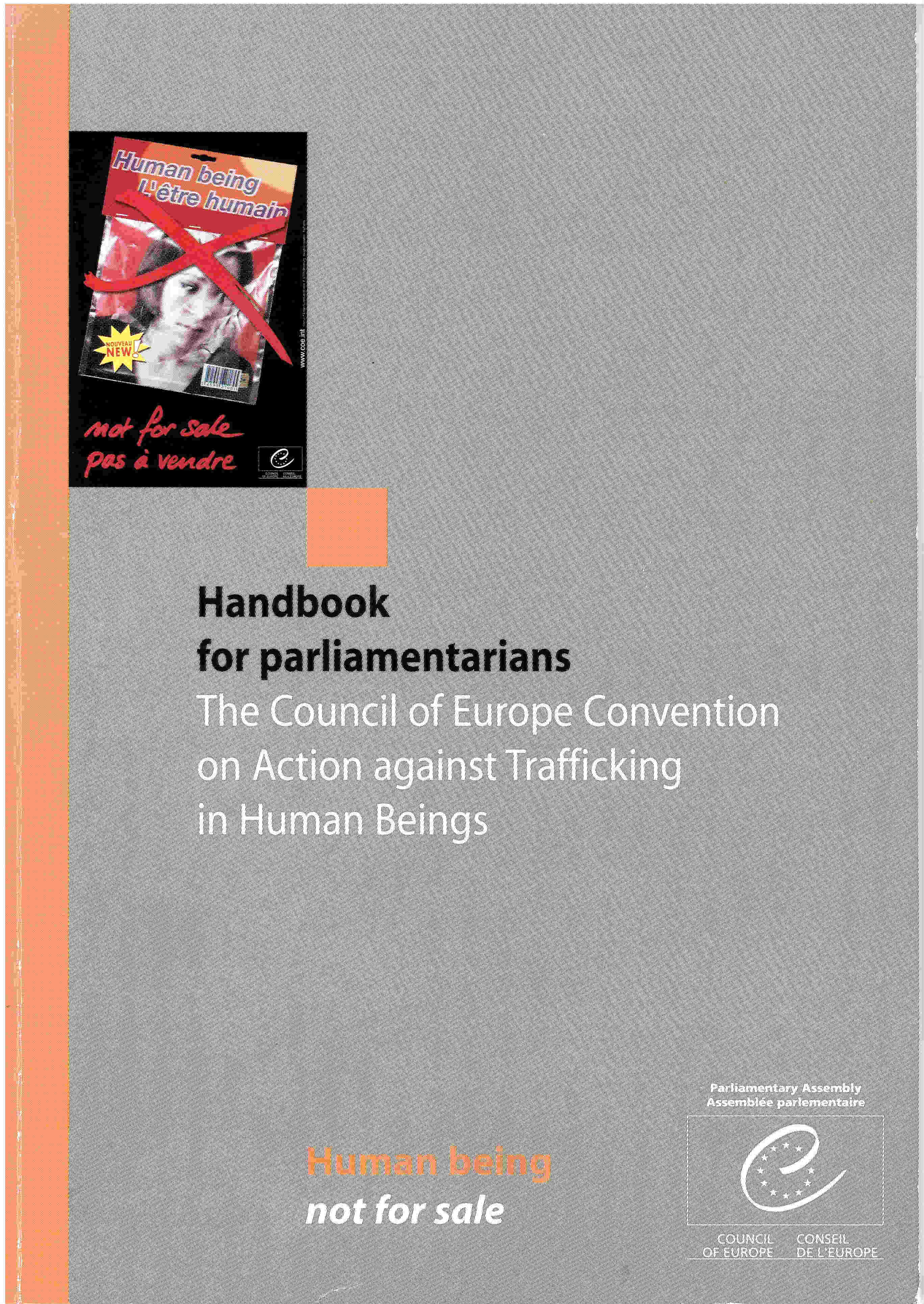 A practical tool for parliamentarians, this handbook is designed to suggest working approaches for elected representatives who want to combat trafficking in human beings and promote the Convention.