GRETA visits France as part of the third evaluation round 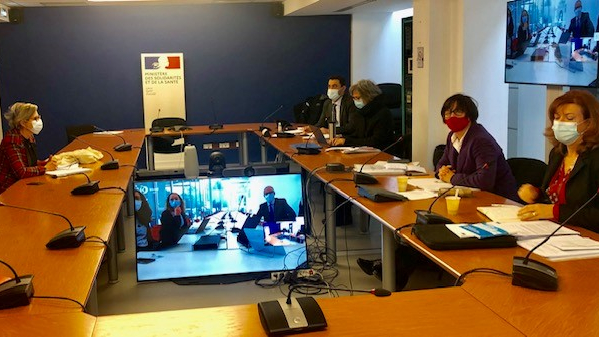 A delegation of the Council of Europe's Group of Experts on Action against Trafficking in Human Beings (GRETA) carried out an evaluation visit to France from 8 to 12 February 2021 as part of the third evaluation round of the Convention on Action against Trafficking in Human Beings. The focus of this evaluation round of the Convention is on trafficking victims’ access to justice and effective remedies. Prior to the visit, the French authorities provided a reply to GRETA’s questionnaire for the third evaluation round. In addition to the new thematic focus, GRETA verified how the main recommendations made in its second evaluation report have been implemented.

Furthermore, the GRETA delegation held meetings with representatives of the Paris Police Headquarters, as well as judges and prosecutors from the Court of Justice of Paris. In addition, the delegation travelled to Lyon and Rennes where it met officials from relevant regional and departmental directorates, law enforcement agencies, labour inspectors, prosecutors and judges.

The GRETA delegation held separate meetings with representatives of non-governmental organisations and trade unions, lawyers and victims of human trafficking.

Following the visit, GRETA will prepare a draft report, which will be sent to the French authorities for comments. GRETA will subsequently adopt a final report to be published at the end of 2021.