The Netherlands joined the Council of Europe on 5 May 1949. It is a founder member of the Organisation.

Action of the Council of Europe in the Netherlands 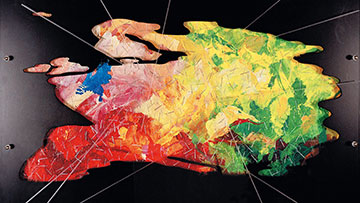 Painting under glass
Donated by the Netherlands in 1993 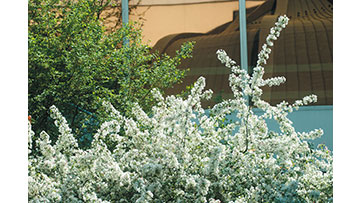 Plants and shrubs
Donated by the Netherlands

See Council of Europe in brief website in Dutch >>

The Netherlands in the Council of Europe

On 24 January 2022, Tiny Kox was elected President of the Parliamentary Assembly.

The Netherlands are represented in the Parliamentary Assembly by a delegation of 7 representatives and 7 substitutes.

Leendert Verbeek was elected President of the Congress on 23 March 2021.

The Netherlands are represented in the Congress by a delegation of 7 representatives and 7 substitutes.

- Judge to the European Court of Human Rights: Jolien Schukking
- Applications allocated to a decision body(*) in 202: 248
- Judgments in 2021: 7 of which 5 violations and 2 non-violations

Treaties ratified and signed by the Netherlands