Committee of Ministers Nicosia 19 May 2017 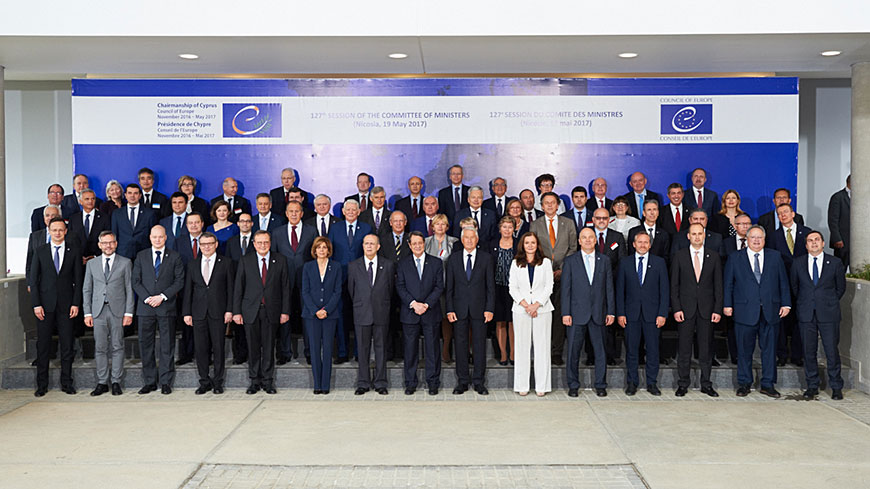 The Council of Europe’s Convention on Offences relating to Cultural Property has been opened for signature, and signed by six countries : Cyprus, Greece, Armenia, Portugal, San Marino and Mexico. It is the only international treaty specifically dealing with the criminalisation of illicit trafficking of cultural property, such as the plundering of Palmyra in Syria by Daesch.

In addition, the foreign ministers adopted new guidelines to improve support, information and compensation for victims of terrorist attacks in all 47 member states. They provide for various measures to be taken by member states, including emergency assistance, medical, psychological and social help - all free of charge - and also information points for victims, access to justice and timely compensation.

Finally, the Committee of Ministers also adopted an Action Plan on Protecting Refugee and Migrant Children in Europe.