Committee of Ministers Strasbourg 19 May 2016 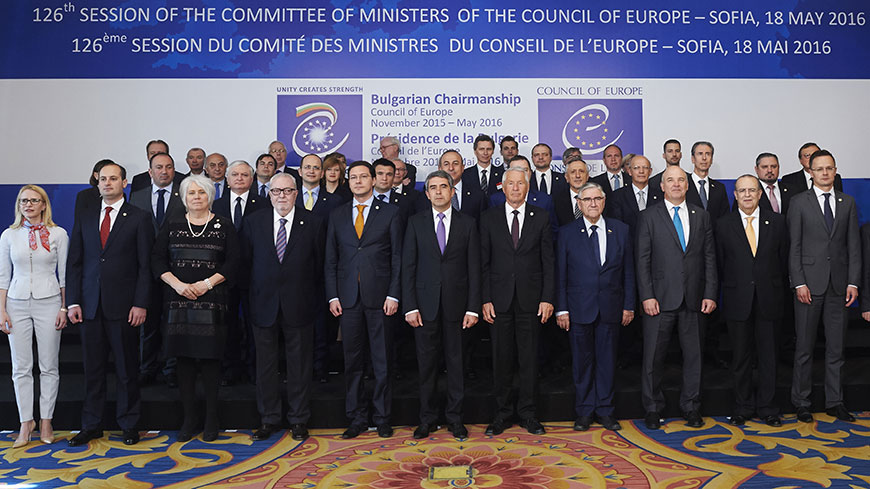 The Ministers for Foreign Affairs of the Council of Europe’s 47 member States met in Sofia on 18 May.

The session was chaired by Daniel Mitov, Minister for Foreign Affairs of Bulgaria and Chairman of the Committee of Ministers. Rossen Plevneliev, President of the Republic of Bulgaria, addressed the session at its opening.

The items on the agenda adopted by the ministers at the opening of the session were:

- Democratic security for all in Europe in challenging times:

- Cooperation with the European Union.

A press briefing with Ministers Daniel Mitov and Marina Kaljurand and Thorbjørn Jagland, Secretary General of the Council of Europe, was held after the session.

Minister Mitov and Secretary General Jagland also spoke at a press conference to present the General Policy Recommendation on Combatting Hate Speech, developed by the Council of Europe anti-discrimination body the European Commission against Racism and Intolerance (ECRI).

Interviews were organised on the spot.