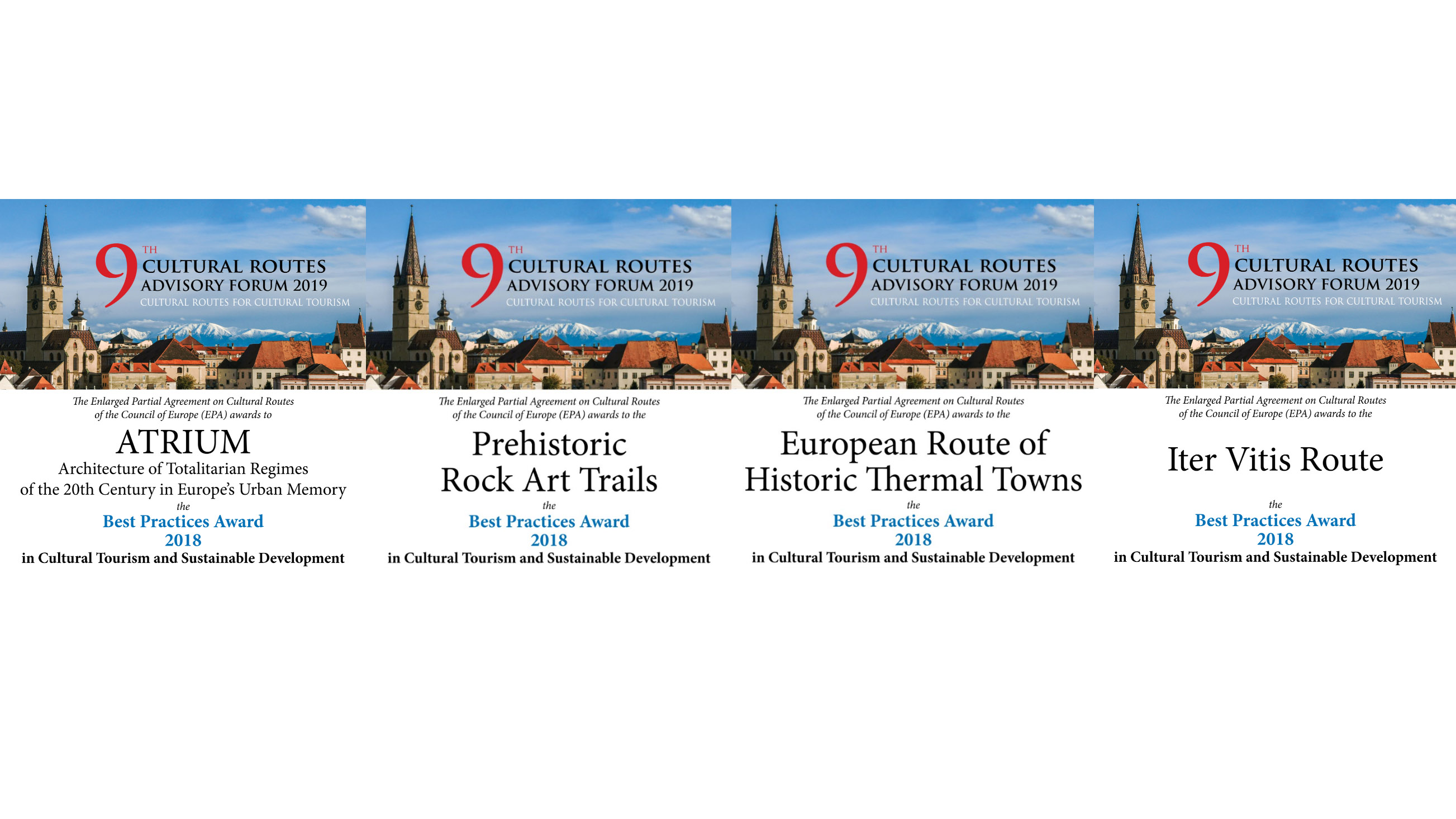 ATRIUM - Architecture of Totalitarian Regimes of the 20th century In Europe's Urban Memory was awarded for “Memowalk ATRIUM Plus”, a participatory creation of a tourism product for school education trips. The prize was receive by Mrs. Claudia CASTELLUCCI, Director and Mrs. Cristina VALLICELLI, Manager of ATRIUM. The main objective of “Memowalk ATRIUM Plus” was to involve young students of the partner cities in the creation of a tour proposal in their own city, specifically addressed to peers who will be able to explore the ATRIUM heritage.

The European Route of Historic Thermal Towns, represented by Mr. Giuseppe BELLANDI, President and Mrs. Raffaella CARIA, Manager of EHTTA, received the award for the European Thermal Heritage Day. The event was firstly conceived to sensitize the inhabitants of the thermal cities and draw attention to the cultural heritage in their own hometown.

Mrs. Roberta ALBEROTANZA, Representative, received the award for the Iter Vitis Route. The award was given to the Iter Vitis Award, a contest involving the whole Iter Vitis countries at national and international level, with two categories of private and public bodies presenting activities related with wine tourism and vine heritage safeguard and promotion.

The complete programme of the 9th Annual Advisory Forum on Cultural Routes of the Council of Europe is available here.